Home News Pricing and lack of content are still barriers against the adoption of...
News 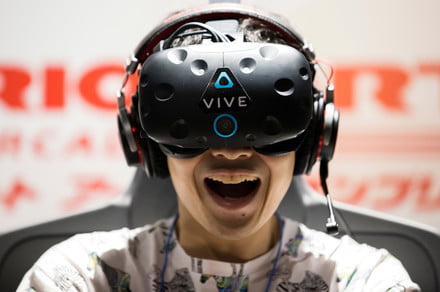 According to the report, the two main barriers VR needs to overcome are headset prices and a lack of content. Although first-generation headsets like the Oculus Rift ($400) and HTC Vive ($500) have fallen in price since their debut, they’re still a high-dollar investment. These headsets also require a decent desktop capable of rendering the experiences, which could be an additional high-cost expense.

“The change in opinion on pricing is most likely a reflection of the price drops from major headset manufacturers like HTC, Oculus, and Google; while developments in content creation are starting to alleviate this particular barrier to adoption,” the report states. “Additionally, stand-alone devices like Oculus Go and Lenovo Mirage have brought down the entry point price of high-quality VR as they do not require a console or powerful PC.”

The survey’s respondents believe AR will hit mainstream adoption before VR due to hardware and content. The survey points to Pokémon Go, Nintendo’s highly popular game for smartphones with an AR component. Night Sky will list all the known stars, planets and constellations with a point of a camera while Amazon’s app can place virtual furniture and other goods into your real-world surroundings.

“The wait for consumer adoption has seen many VR and AR companies target enterprise as their source for shorter-term revenue and growth,” the report adds. “From automotive to architecture, retail to tourism, manufacturing to construction, immersive tech is impacting the way companies work, design, communicate and sell.”

For the enterprise, the biggest adoption of VR is within the education sector followed by architecture/engineering/construction, manufacturing, healthcare, automotive, banking and financing, and so on.