ICARUS project aims to track migration of 100,000 animals — from space 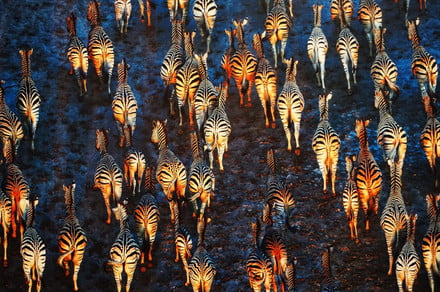 Imagine you were able to track the movement of animals all over the planet using thousands of tiny smart transmitters, with the data being crunched and collated on the International Space Station, before being disseminated to scientists back on Earth. For any researchers who have had to capture individual animals, tag them, and then later recapture them to retrieve the data, it sounds almost impossibly futuristic — but it’s just about here.

Part of the long-running International Cooperation for Animal Research Using Space (ICARUS) project, the 16-years-in-the-making initiative seeks to deploy a range of sensors that will allow for real-time biodiversity monitoring on a truly global scale. These sensors include a GPS module, accelerometer, magnetometer, and temperature, pressure, and humidity chips. They also boast solar panels and on-board batteries, and can be attached to just about any creature out there. And because miniaturization is continuing, by 2025 the team hopes they will be small enough to be unobtrusively attached to desert locusts.

“The system offers a dramatic change in the global reach, cost, and weight of GPS tags that allow us to document animal movements and migrations,” Walter Jetz, professor of ecology and evolutionary biology at Yale and key team member, told Digital Trends. “Up to now, global-scale GPS tracking has been limited to tags that were an order of magnitude heavier, restricting it to only the largest 10 percent or so of birds or mammals. Once the system is fully up and running, we will be able to study much more of biodiversity, and do so much more cost effectively.”

Researchers at Max Planck and the Max Planck-Yale Center, which have led the project, have several projects in mind for the sensors. However, the technology will also be open to individual researchers hoping to take advantage of the astonishing breakthrough.

“Some of the most important insights, such as global change imprints on animal distributions, may only arise after years of work,” Jetz continued. “But we expect new discoveries – think previously unknown migration routes or migration hotspots — to happen very quickly, perhaps already in the first year or two.”

The cutting-edge animal-tracking system was installed on the International Space Station earlier this month. Pre-order of the first sensors is possible now, with the initial deliveries planned for early 2019. By next year, the plan is to have 1,000 transmitters in the field, with that number eventually growing to 100,000.