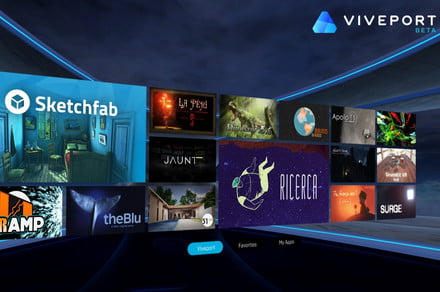 HTC’s Viveport content platform and subscription service will begin offering Oculus Rift compatible titles to gamers and virtual reality explorer on September 4, ending a long-running devotion to Vive-only games and experiences. The alternative virtual reality content platform has played second fiddle to Steam since its creation, but this could at least make it comparable in terms of support, leading to a larger content library in the long run.

Following a recent partnership with Amazon which will allow prospective VR gamers to buy new games and experiences for Viveport through the retail giant’s website, HTC is now bringing together the two largest VR gaming demographics under one roof. While SteamVR has offered compatible content for both the Oculus Rift, HTC Vive, and Vive Pro headsets for some time, HTC’s Viveport platform has, until now, operated similarly to Oculus own storefront: Hardware exclusive.

Starting September 4 though, Oculus Rift owners will be able to use Viveport just like their Vive counterparts do. While there will likely be a larger library of Vive-compatible content on the store to start with, as developers integrate their applications with the Viveport store, it could become a more even landscape. The store will leverage the same OpenVR compatibility that makes SteamVR work with both headsets, RoadtoVR reports.

Many Viveport titles that are compatible with the Rift will have already been available through Steam though, so arguably the biggest news of this announcement is that Oculus Rift owners will be able to take advantage of the Viveport subscription. The $9 per month service allows VR headset owners to download and play five VR titles a month, with an option to change them for something else every 30 days if they desire.

As much as this is good news for existing VR users though, it won’t do much to pull in new ones. With cost and lack of content cited as some of the biggest barriers to entry in the virtual reality ecosystem, HTC may need to do more if it wants to snowball VR growth over the next few years. The HTC Vive Pro might have been great to use, but it’s hardly a good starting-off point.