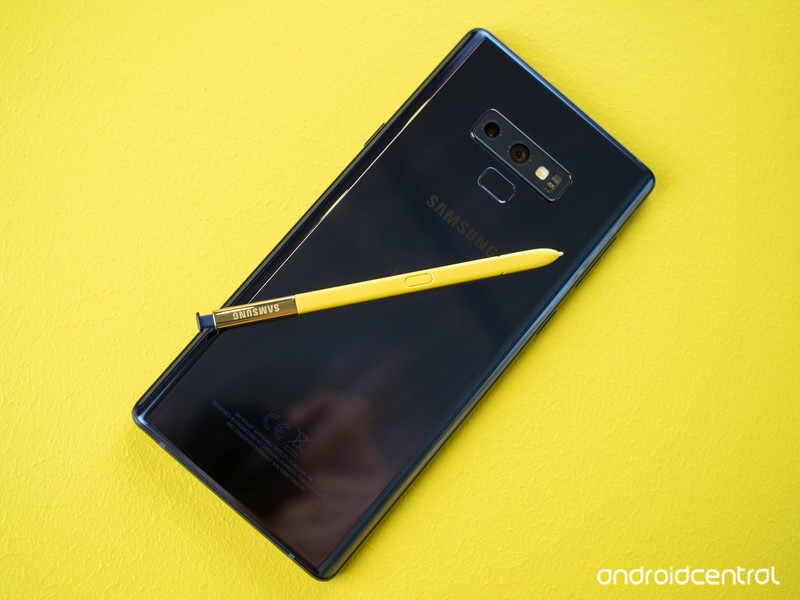 Even though we already knew a lot about the phone prior to its official announcement, there’s still plenty to talk about. What colors does it come in? What are the final specs? Were we impressed during our hands-on preview?

All those questions and more are answered right here, so without further ado, here’s everything you need to know about the Samsung Galaxy Note 9.

Check out our hands-on preview

Before you do anything else, be sure to check out our initial hands-on preview of the Galaxy Note 9!

This is Samsung’s biggest and most powerful phone of the year, and during our early look, we got a chance to check out the Note 9’s design, new S Pen features, cameras, and more. 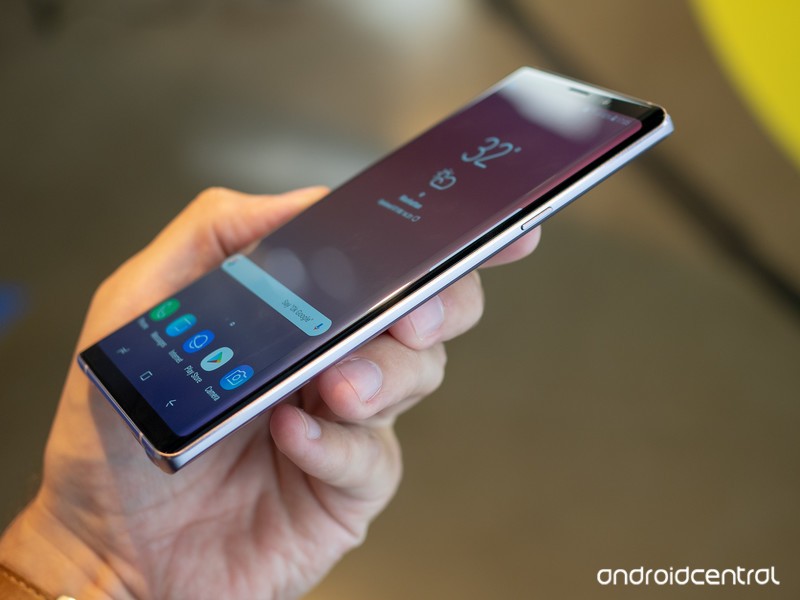 Like past Notes before it, the Galaxy Note 9 is packed to the gills with all of the latest available tech. That means it has the latest processor, a massive battery, an insane amount of RAM, and much more.

Here are all the specs you can look forward to.

Samsung’s Galaxy Note phones have typically been known for packing huge batteries, but following the disaster that was the Note 7, Samsung decided to play it safe with the Note 8 by including a fairly modest 3,300 mAh battery.

With the Note 9, Samsung’s going all the way with a seriously huge 4,000 mAh pack.

It’s being touted that the Note 9 will offer XX hours of use on a single charge, and while we’ll certainly need to put the phone through its paces to see how accurate that claim is, we’ve got high hopes considering the battery’s size and power efficiency of the Snapdragon 845.

When you do finally drain the Note 9, you’ll be able to top it up via wired and wireless fast charging.

Should you upgrade from the Note 8? 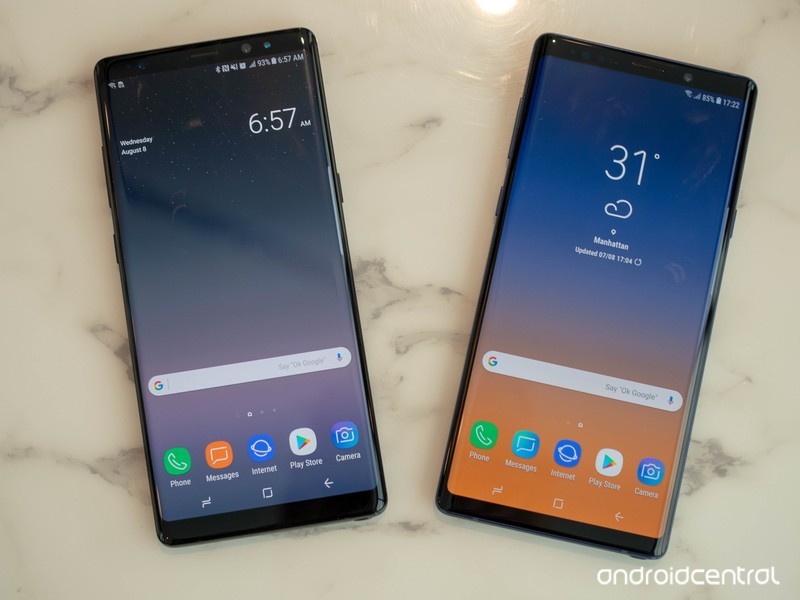 As exciting as the Galaxy Note 9 is shaping up to be, last year’s Note 8 is still one heck of a smartphone.

The Note 9 offers the expected improvements in regards to RAM, camera performance, etc., but really gets a strong edge over its predecessor thanks to its improved S Pen and a massive battery.

Then again, if you already have the Note 8 and don’t feel like throwing down $900 (?) on a new phone, maybe upgrading isn’t the right move for you?

How’s it compare to other phones?

That’s fine and dandy, but how’s the Note 9 hold up against other non-Note devices?

Without a doubt, one of the Note 9’s biggest competitors comes from Samsung itself with the Galaxy S9+. A lot of features are shared between the two phones, including a large Super AMOLED display, Snapdragon 845, Samsung’s custom software, excellent dual cameras, and more.

The Note 9 is obviously the only one of the two that uses the S Pen, but is that reason enough to make the pricey upgrade?

Similarly, there are still plenty of other phones that are scheduled to come out before 2018 is over — most importantly the Google Pixel 3 XL. Rumors and leaks are hinting at a phone with considerably slimmer bezels, an even better camera package, and an all-glass back (not to mention the ginormous notch).

Should you buy the Galaxy Note 9 or wait for the Google Pixel 3 XL?

A lot is new with the S Pen 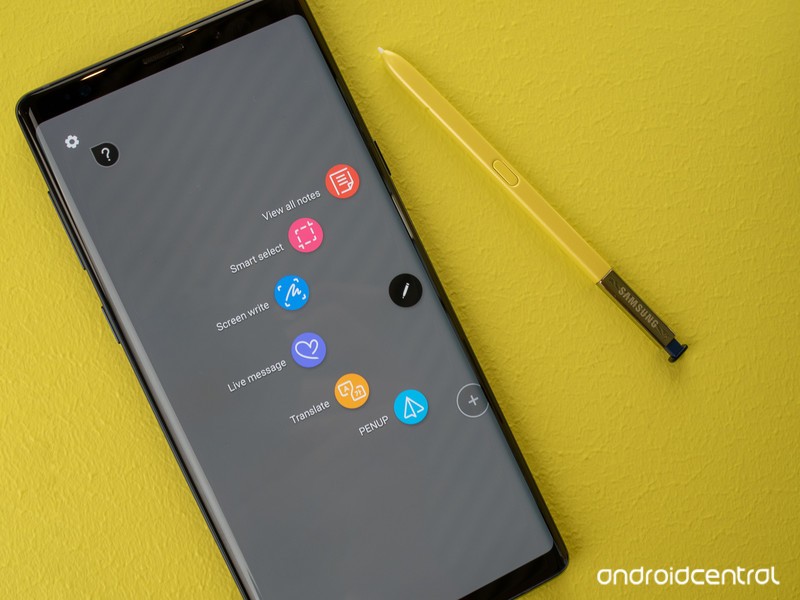 The S Pen is easily the biggest reason so many people flock to the Note series year after year, and this time around, Samsung’s giving the S Pen one of its biggest upgrades in years.

For the first time, Samsung’s adding Bluetooth Low Energy to the S Pen. With this new connectivity, the S Pen picks up a heap of new features that allow you to control the Note 9 from a distance.

Some use cases include being able to use the S Pen and its button as a camera shutter, navigating through presentations, and more. The presence of Bluetooth also means this is the first S Pen to have a battery, and as with all things that have a battery, the S Pen will need to be charged.

Thankfully, seeing as how the S Pen seamlessly charges in the background when stored inside the Note 9, this shouldn’t ever prove to be an issue of any sort.

Get the official wallpapers right here!

New Samsung phones always come with striking wallpapers to help jazz up your home screen, and even if you don’t have the funds/interest to get a Note 9 right now, you can still bring its look to your exisitng handset with its official wallpapers.

We’ve got all 12 listed above for your viewing pleasure, and if you want to throw one (or all) of them on your phone, feel free to download ’em as you see fit.

These are all the colors

Samsung’s typically one of the better OEMs when it comes to offering a good variety of colors, and with the Note 9, that’s no different.

In the United States, buyers will be able to choose from Ocean Blue and Lavender Purple. In other parts of the world, Samsung’s releasing Midnight Black and Metallic Copper.

Here’s where you can buy the Note 9

There are a lot of reasons you may want to pick up the Note 9, and whatever those reasons may be, you’ve got a lot of options for deciding where to get it.

You’ll be able to get the phone at Best Buy, Amazon, Samsung’s website, all of the major carriers, and more.

Where to buy the Galaxy Note 9: Best deals for your new phone

Facebook
Twitter
Pinterest
WhatsApp
Previous articleHow to install Android Pie Beta 4 on the Nokia 7 Plus
Next articleHTC announces that Android Pie is coming to the U12+, U11, and more