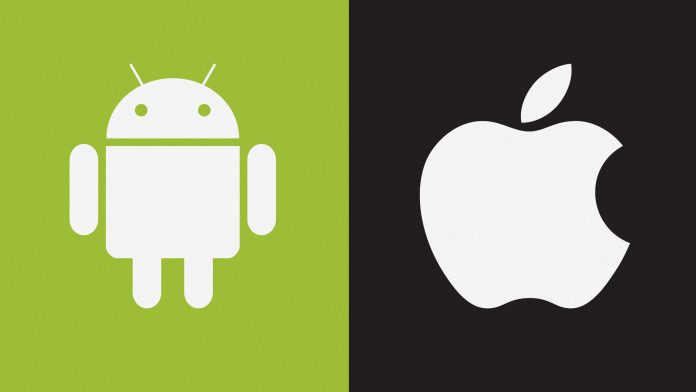 Smartphone revolution is here and it continues to change the way we communicate with one another. If you are not an Android user, then iOS is your darling any day. And with top tier tech companies like Google, Apple, Samsung, Microsoft and Amazon being at the centre of today’s mobile phones manufacturing, everyone is always glued to interwebs in the hope that they will for the next big thing in gadgets releases. For a student in high school, college or University, using writing Apps requesting a paper from writing services is the best news ever.

This post explores mobile OS for writers, and the aim is to make a distinction between Android and iOS, thereof, with finality, decide on the best. But, before further ado, here are a few things to job your mind.

Portability is the key to today’s writing gadgets

There are as many gadgets for writers as you can think of, but why is everyone shifting to smartphones from laptops? Well, the work of bloggers is to keep updating followers with breaking news, reviews and post educational content on a variety of subjects. Smartphones are the new kid in the block for these tasks because with writing Apps installed on your iPhone, Nokia or Samsung, you can always keep your readers abreast with everything they want to know.

However, the big question is; which is the best OS for this profession, especially between Android and iOS?

It is easier to fall in love with a fancy-looking e-gadget than falling in love these days, thanks to an information age where everyone is roped into a small world of high-speed internet connectivity.  Everywhere you look, a product reviewer is trying to present an opinion that may be far from truth yet makes you click ‘add to cart’ button. This is unhealthy, especially for a dummy writer looking for a device that runs on an Operating System suitable for professionals in the writing enterprise.  This post will keep you safe from making a wrong decision regarding the best OS for writers, so read on for details in the next section.

Android vs. iOS: The bare knuckle for writers

If you’ve always been stuck between Apple’s iOS and Google’s Android; which are arguably world’s top competing Operating Systems for writers, then it is time to get smarter than you have been thus far.  Take a look below for details.

Mobile operating systems differ from each other on productivity, and with iOS and Android being the subject of this blog, it is important to make comparison on this basis before giving an honest opinion. Android carries the day on multitasking, quick switching between Apps, split screen use, interactive widgets for desktop and running multiple apps in background.  IOS, on the other hand, ranks well in bookmarking sites, quick toggles, hyper-linking addresses, opening maps and calendar linking.

When using a smartphone to write or publish a blog, it is imperative to weigh into issues of security and data privacy. Will someone hack into your login and steal your post?  Well, iOS is safe for those using proxy servers, on-device encryption, and cloud backup, anti Wi-Fi tracking, end-to-end push encryptions and VPN. In fact, it is ranks better than Android on this front.

While iOS supports non-manufacturer languages, enables underlining of texts, and presents writers with multiple emoji support, Android remains a fair competitor because to iOS in all these areas.

From Bluetooth, external keyboard, USB drive, to use of memory cards, Android supports all peripheries linked to an external device like a computer. IOS fails fairly on interchangeable external memory cards because it only allows importing videos and photos.

A writer who uses a smartphone to publish blogs must also weigh into the issue of communication and connectivity.  While iOS fails on direct transfer of files and only allowing one to connect cameras and transfers pictures, it ranks fairly against Android which tops the chase here.

Using a mobile device like a tablet running on either iOS or Android should also be about one return on investment when making a living writing as a writer. In this regard, gadgets that run on android take the lead, not only because they are affordable even for a student looking for thesis help, but also because they support many of the best writing Apps in Google Playstore and compatible with APK downloads.

Microsoft and Google both offer word processing programs but are quite different. Which one is best for you?
Read more
Comparison

Its 2020 and yet the battle of the mobile application continues between the giants. AndroidOS and iOS are the oldest enemies on the block....
Read more
Comparison

The Samsung Galaxy S20 and OnePlus 8 are neck-and-neck, but which comes out ahead, and how much will it cost?
Read more

What will PlayStation 5 and Xbox Series X games look like at launch?

Which film will it be?What you need to knowChristopher Nolan partnered with Epic Games to unveil the newest Tenet trailer
Read more

How to back up your Apple Watch

If you need to back up or restore an Apple Watch, here's how to do so, and what will and won't be backed up.
Read more

If you're hungry for bargains, we've smoked out the 5 best tech deals from the B&H Photo Memorial Day sale.
Read more