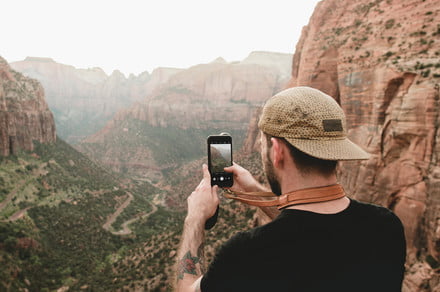 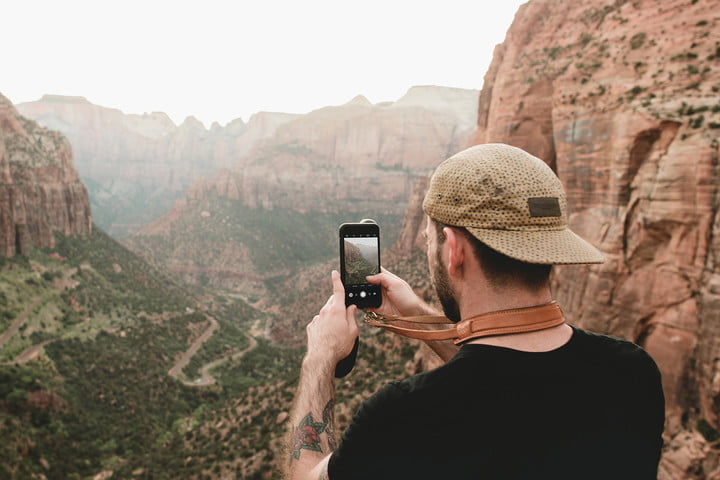 Moment, a company known for its high-quality smartphone lenses, launched its redeveloped Moment Pro Camera App. Just like its lenses, which brought a DSLR-like interchangeable lens system to smartphones, the app brings DSLR-like manual controls — the combination of lens and app makes a phone’s camera function even more like a DSLR. The app offers manual exposure, focus, and white balance controls, within what the company describes as a minimal user interface. It’s available as a free download for iOS and Android now, and costs $3 to unlock the “Pro” manual functions.

Several different smartphone apps promise DSLR-like controls using exposure adjustments, but Moment goes further with no only manual controls, but adds a dual-stage shutter (iPhones with 3D touch only, and requires Pro access). Using Apple’s 3D touch, shooting a photo feels a bit more like controlling a regular digital camera, with a half-press to focus and a full press will take a photo (3D Touch can differentiate between a firm touch and a softer touch, a feature Apple has included on models since the iPhone 6S).

Unfortunately for Android users, the half-press function won’t be available. But both iOS and Android versions include manual control over shutter speed, ISO, white balance, focus, and exposure compensation. The interface uses sliders to make those adjustments, while a double tap will revert that setting back to the default. Users can also overlay various grids, enable or disable flash, and set a timer. (In the free version, you get basic access, plus exposure compensation.) 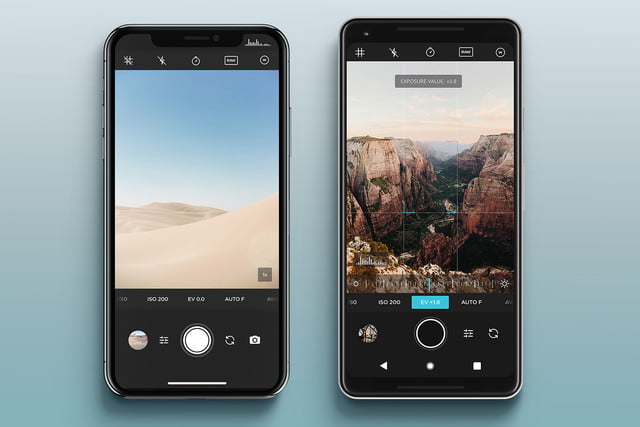 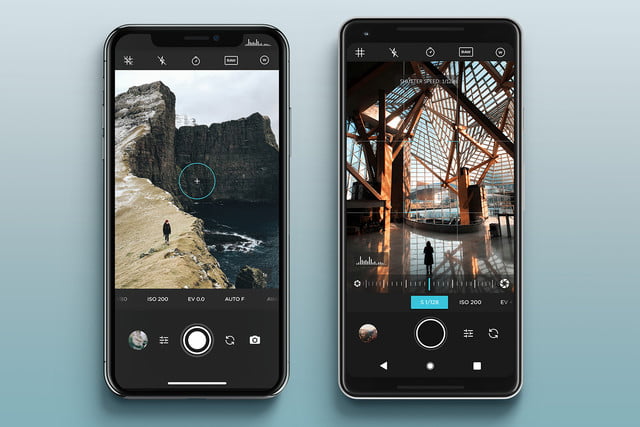 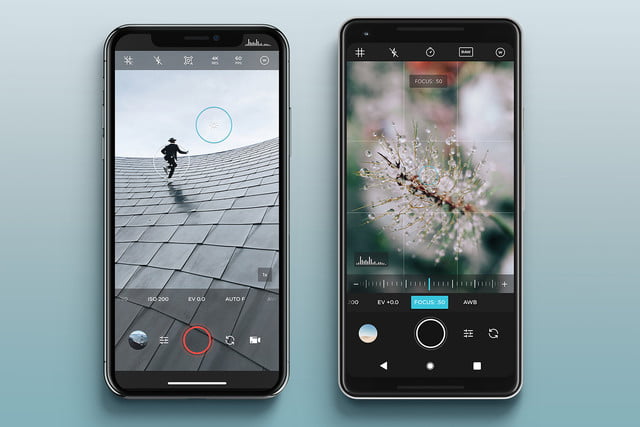 Like most native camera apps, mobile photographers can also tap to focus, but unlike those built-in apps, Moment Pro can separate focus and exposure with a double tap. That allows photographers to focus on one area but measure the exposure off another area of the photo.

Moment says the app is also different because of the interface. Controls like RAW photos and adjusting video frame rates are all accessible without digging through a menu. Along with DNG or RAW photos, the app also supports HEIF, HEVC, TIFF, and JPG file formats. The interface also displays a histogram, a feature found in more advanced cameras that many photographers rely on.

For video, the app enables automatic video stabilization. But you can also adjust resolution (from 720p to 4K) and frame rate directly from the app. This is a huge convenience, particular with iOS, which requires you to make these changes via the settings app. There is a slight delay when cycling from one resolution or frame rate to another, however. While this function isn’t unique to the Moment app, it’s still nice to have.

While the app works with or without a Moment lens attached, several features are designed for pairing the app with a Moment lens or case. On dual-lens iPhones, the app lets you choose which lens to shoot from (wide-angle or telephoto). This is particularly useful: When you tap on the zoom button in the native iOS camera app, it doesn’t always use the telephoto lens; depending on lighting conditions, it may employ digital zoom rather than the optical telephoto lens. The Moment app, however, actually forces the camera to pick either the wide-angle or telephoto lens when you hit the 1x/2x icon (if you want to use digital zoom, just pinch in or out on the screen). Unfortunately, the function isn’t available on Android yet (mainly the Samsung S9 Plus), but Moment says it’s working on it. The Moment app is also compatible with the Moment Original Photo Case and Moment Battery Photo Case, including support for the physical shutter button on the case.

We’ve been using the app for the past few days and found it simple to use. We appreciate the clean and elegant interface, but still have easy access to the various camera parameters without having to drill through menus. It is much easier to understand than apps like Adobe Lightroom Mobile and Filmic Pro — both terrific, but have a bit of a learning curve than the Moment app, we feel. In fact, many iOS users might be surprised that their iPhones’ cameras are more powerful than they realize, with the ability to adjust shutter speed and ISO (manual controls are more apparent in Android phones). While it complements Moment lenses, the app works great without one, and is ideal for advanced users like YouTubers. Experienced photographers and videographers would feel at home with these manual options, but it’s a great way for casual users to learn how to exert control their photos, rather than relying on the camera’s auto function.

Looking for more great camera apps? Check out our favorites for iOS and Android, as well as the best camera apps for shooting RAW.

Linksys has been making routers for years and has made a name for itself providing reliable hardware with solid features.
Read more
News