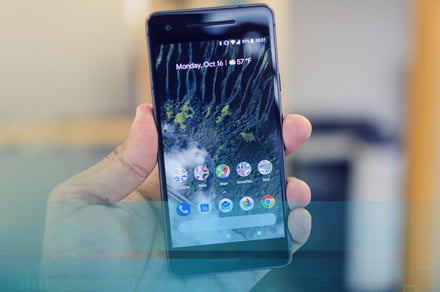 Google Pixel, Pixel 2, and Google Nexus users are about to receive a welcome software update. The tech giant released a beta version of the Google Phone app, the pre-installed dialer on Pixel and Nexus handsets, that automatically sends unwanted spam and scam callers to voicemail.

The new feature uses your Caller ID along with Google’s robust database to identify suspicious calls. When it finds a match, it automatically sends the call directly to voicemail, allowing you avoid unwanted calls altogether.

The update comes two years after Google added spam call detection to the Phone app. That update warned users with a large red banner when a suspicious call came in and provided options to send the call to voicemail or block the number.

And while the latest Google phone app update will definitely reduce the number of unwanted calls you receive, it looks like Google may become even more aggressive with spammers in the coming months. An upcoming feature looks like it will finally offer great protection against spam calls as well as a way to avoid “call spoofing” from scammers.

XDA Developers is reporting Google may roll out a new feature called “Call Screening” in the coming months for Google Pixel and Google Nexus users. The feature, found while reviewing code in an APK teardown, will use real-time audio transcription to answer and screen unknown calls. You will then be able to send quick messages to the caller via SMS.

The upcoming “Call Screening” feature will reportedly work without a Wi-Fi or data connection, though you’ll need one to send an SMS message. The feature will also store all call audio and transcripts locally on the phone, meaning you it will not be accessible to Google or others who may attempt to access your data online.

Right now the Google Phone app is only available to users in the Android Beta Program. We anticipate seeing an official rollout in the coming weeks. If you use a Google Nexus or Pixel handset and want to get your hands on the latest version of the Google Phone app now, here’s the quickest way to sign up for the beta program.