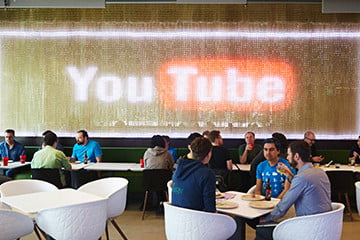 YouTube is offering its creators more ways to rake in the cash.

First up is Channel Memberships where creators can offer bonus items to their followers for a $5 monthly fee.

The perks could include anything from “exclusive livestreams, extra videos, or shout-outs” to “unique badges, new emoji, members-only posts in the Community tab,” as well as unique custom perks offered by creators, YouTube said in a blog post announcing the new features.

Up to now, this Channel Memberships have been available as Sponsorships for YouTube Gaming channels, but it’s now coming to all eligible YouTube channels with more than 100,000 subscribers.

The company is also expanding opportunities for creators to sell merchandise (see video above) through their channels by teaming up with Teespring, which offers customization options on more than 20 merchandise items that include logo-emblazoned shirts, and, if you really must, phone cases “with a creator’s face.”

The merchandise feature is available from today to all eligible U.S.-based channels with more than 10,000 subscribers, with YouTube aiming to introduce additional merchandising partners in the near future.

And there’s more. YouTube is launching Premieres (above), which enables creators to debut pre-recorded videos as a live moment.

“When creators choose to release a Premiere, we’ll automatically create a public landing page to build anticipation and hype up new content,” the blog post explains. When fans hit the page to watch the new video, they’ll be able to chat with each other, as well as with the creator, in a live chat before the video begins. “It’s as if a creator’s entire community is in one theater together watching their latest upload,” YouTube says.

YouTube’s latest initiatives for revenue generation follow recent controversy on the site that’s seen some creators complaining about what they see as unfair demonetization of their videos. It’s also a response to efforts by Facebook to attract YouTube creators to its platform, with more pressure coming in recent days with the launch of IGTV, a new long-form video feature from Facebook-owned Instagram.

YouTube is in the middle of a busy patch just now. Earlier this week the Google-owned company launched a revamped version of YouTube Music and introduced YouTube Premium subscription services.

YouTube streamed its very first video in 2005 and now has more than 1.9 billion monthly users across 90 countries and 80 languages.