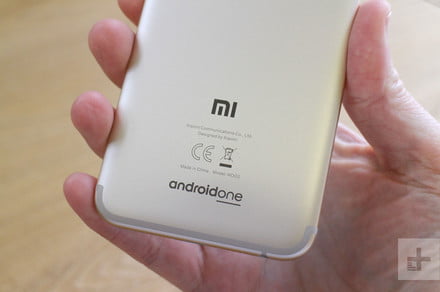 The Xiaomi Mi A2 has been leaked, and all signs point toward a release in early August. The Mi A2 is expected to be the sequel to Xiaomi’s Mi A1, making it the Chinese brand’s second device to use the Android One operating system. The Mi A2, according to the leak, is a version of the already announced Xiaomi Mi 6X, and will be available for sale in parts of Europe, where Xiaomi has continued to put its hardware on sale.

As leaked by Swiss online retailer digitec.ch, it’s Android One that makes the Mi A2 interesting. Xiaomi replaces its own MIUI user interface over Android with Google’s almost stock version of the operating system. The primary benefit is receiving regular and timely software and security updates, including the next version of Android, Android P, and Android Q as well. While MIUI is one of the better manufacturer interfaces, Android One will always be preferable.

The phone’s specification follows the Mi 6X, based on the information on Digitec’s page. This means a Snapdragon 660 processor with 4GB of RAM, and a choice of either 32GB or 64GB of memory, while a high-performance model will also be sold with 6GB of RAM and 128GB of internal storage space. The 6-inch screen has an 18:9 aspect ratio, curved edges, and small — but still very visible — bezels. The resolution is 2160 x 1080 pixels, according to the online advert, all of which matches the Mi 6X.

On the back of the Mi A2’s body, which like the Mi 6X closely resembles the iPhone X, the OnePlus 6, and several other phones, is a dual-lens camera and a fingerprint sensor. The camera array is made up of 12-megapixel and 20-megapixel lenses, complete with some artificial intelligence technology for the bokeh and beauty modes. Digitec lists the phone in three colors — black, blue, and gold — with local prices ranging from the local equivalent of $290 to $370.

Although Digitec has a detailed online page for the Mi A2, it has not been officially announced by Xiaomi yet. That means things could be different from the listing when it is. Also, while the Mi A1 should operate internationally, it will probably have a modem tuned for mostly European carriers, and an official U.S. release is currently unlikely. We’ll update here when more information is revealed.