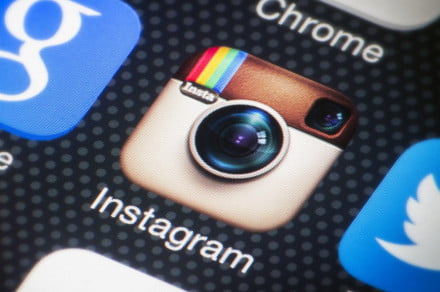 If you find Instagram videos just a bit too long for your rapidly diminishing attention span, then brace yourself. It’s apparently considering upping the limit to a full hour.

At the current time, the popular media-sharing app allows for videos of up to 60 seconds, so yes, 60 minutes would be a significant extension.

The claim comes via The Wall Street Journal, which heard from “people familiar with the matter” that Instagram is right now in discussions with content creators and publishers about producing long-form video content for the app.

Of course, it doesn’t mean the platform would suddenly be flooded with videos that all hit the 60-minute mark — merely that users and advertisers will have the option to post footage lasting anywhere up to a full hour. Videos streamed live, rather than recorded, are already allowed to run for up to an hour on the platform.

Interestingly, the Journal’s sources said the feature “will focus on vertical video, or video that is taller than it is wide,” an annoying format that still causes many a viewer to gripe, “Why don’t they hold their phone the other way?” whenever such footage appears on their screen.

Mark Zuckerberg, CEO of Instagram’s parent company, Facebook, has said many times how video is the key to growth for his online offerings, which besides Facebook and Instagram also include Messenger and WhatsApp.

“Over the next three years, the biggest trend in our products will be the growth of video,” the Zuck said toward the end of 2017. “When done well, video brings us closer together. We’ve found that communities formed around video like TV shows or sports create a greater sense of belonging than many other kinds of communities. We’ve found that Live videos generate 10 times the number of interactions and comments as other videos.”

Instagram has already seen great success with its video-focused Stories feature, which it lifted from rival social media app Snapchat in 2016.

Stories lets users share photos and short videos of up to 15 seconds uploaded to the service within a 24-hour period. It already has 300 million daily users among its community of 800 million, making it one of the fastest-growing features on Instagram.

Users can also post clips to their feed, with brands, too, able to advertise their wares through video presentations. If Instagram lifts the limit on its current video restrictions, brands will be able to put out longer ads on the platform — enabling Instagram to charge more for the privilege.

Longer videos could also see Instagram become a home to original long-form content made by professional content creators, shifting the app ever further away from its roots as a simple photo-sharing service and allowing it to take on the likes of Google-owned YouTube.

But we’ve not heard anything official yet from Instagram about its apparent plan to extend the video limit, which would probably arrive as a trial for select users. We’ll be sure to update if and when it happens.