Home News Rare physical copies of ‘Fortnite’ are selling for up to $1,000 on...
News

Rare physical copies of ‘Fortnite’ are selling for up to $1,000 on Amazon 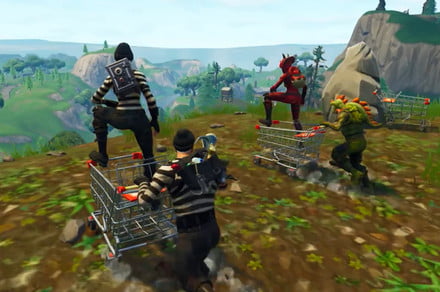 Gamers are reportedly paying over-inflated prices for physical copies of Fortnite. On Amazon, third-party sellers are pricing the physical game at up to $999 for a new copy, up to $359 for a used, “like new” copy, and up to $195 for a used, “acceptable” copy. Meanwhile, over on eBay, customers are actually shelling out $450 for a physical copy.

The reason for the price hike isn’t anything new. Once a product becomes scarce, third-party sellers inflate the price of the remaining stock to outlandish proportions knowing that someone surfing the web will shell out the big bucks. In the case of Fortnite, physical copies of the original game haven’t appeared on store shelves for months.

Fortnite is a collaboration between People Can Fly (Painkiller) and Epic Games (Unreal, Gears of War). Epic published the game digitally as a paid-for early access title for the Xbox One, PlayStation 4, MacOS, and Windows 10 while Gearbox Publishing handled the physical copies for retail stores. Launched on July 25, 2017, all versions of the co-op survival game relied on a player-versus-environment Save the World scenario that blended the fort-building mechanics of Minecraft with the survival shooter aspects of Left 4 Dead.

Along with the Save the World mode was the Fortnite Battle Royale mode that pits 100 players against each other until there is a last player or team standing. Players parachute onto a large island, gather weapons, ammo, and resources, and build forts to protect themselves and their fellow team members against the opposing team until the very end.

That said, Epic Games spun off Fortnite Battle Royale as a free-to-play game on all platforms — including the Nintendo Switch and iOS — powered by in-game micro-transactions. For example, on the Nintendo Switch, you can spend your hard-earned cash on outfits, harvesting tools, emotes, and the Wingman Starter Pack. You can purchase in-game content using V-Bucks you buy with real money.

Epic Games plans to re-tool the Save the World portion to support the free-to-play platform later this year, but you can currently purchase the $40 “Standard Founder’s Pack” for Windows 10, MacOS, Xbox One and PlayStation. It includes the Save the World campaign, four exclusive in-game banner icons, six daily loot piñata packs, and an exclusive Founder’s Loot piñata pack. The $60 “deluxe” edition adds a rare starter weapon pack, an exclusive Founder’s pistol, and more.

Those prices are seemingly small potatoes given fans are willing to shell out $400 or more for a physical copy of the game. But for those fans, physical copies are not only a rare find, but they contain the original pre-free-to-play version. They’re a collector’s item providing an untouched product that fans are eager to purchase, no matter the cost.

Fortnite swag is just as valuable. Recent Fortnite-related goodie bags distributed by Epic Games included an exclusive in-game spray stemming from E3 2018, codes for 2,500 V-bucks ($25), the game’s currency, and more. Fans are scooping up variants of these goodie bags, paying up to $300.