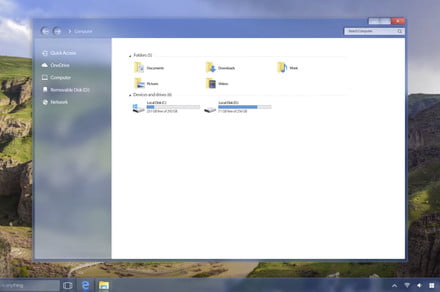 While the latest version of Windows 10 may be your best bet for a modern, secure, and fast Windows experience today, that doesn’t mean we don’t occasionally miss its older versions. They had a certain charm and simplicity about them which isn’t necessarily present in Windows 10. What if it was though? That’s the question that YouTuber Avdan sought to answer with this Windows 7 2018 concept video.

And go back it does. The video showcases many of Windows 7’s most beloved features and gives them a 2018 makeover. There are transparencies and cleaner colors, as well as the introduction of a day and night mode with dynamic wallpapers, and a dark mode for low-light environments. And all of this is just a veneer for Windows 7’s classic start menu and window layout. Cortana even sneaks in, but it has a Windows 7 tint to its usual Start menu spot.

The Windows 7 concept has gone down rather well with fans of the classic operating system. They highlight how clean the reimagined OS is when compared with Windows 10’s very busy live tiles and file explorer navigation system. The fact that it maintains all of the most enjoyed features of Windows 10 whilst cutting out a lot of the clutter and promotional elements is something that a lot of Windows users would likely be interested in if given the chance.

The downside to it all though, as BetaNews suggests, is that it’s just a video. This isn’t some skin or Windows theme that can be loaded in and enjoyed right now. While it’s technically possible to create something like that with Rainmeter, it’s not something that’s readily available — though there is an option for a Windows 8 lookalike theme. MakeUseOf also has a great guide to making your Windows 10 install look like any of Windows more retro operating systems, though there are quite a few steps involved.

This isn’t the only imagined reskin of classic operating systems that Avdan has put together. Avdan recently debuted an idea of what a 2018 version of Windows 95 might look like, and its take on a 2018-edition of Windows XP went down very well, too.

Save 55% on the Sol WiFi Alexa Enabled Smart Light

Should you upgrade from the Galaxy S20 to the S21?