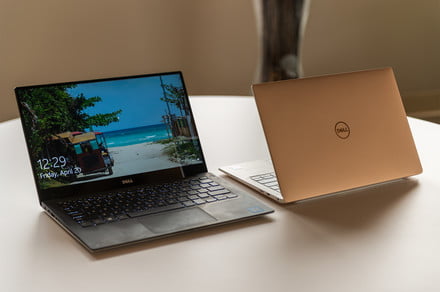 Intel offered an intriguing proposition at this year’s Computex show: How would you like to increase your laptop’s battery life by around 50 percent? That’s a question that few would answer in the negative and it could be the case for a number of new-generation notebooks in the near future, as Intel has already partnered with Sharp and Innolux to produce the new 1W LCD panels that make it a reality.

The biggest drain on any notebook is almost always the display. That’s why we so often recommend 1080P panels over the 4K alternative. With Intel’s new design though, that may no longer be the case. While it does add the caveat that the most battery savings will be in systems equipped with Intel HD graphics, rather than AMD or Nvidia graphics chips, the promise of such battery life extensions is certainly compelling.

It would be a bit of an ask to have journalists wait out the many hours it would take to drain a laptop battery on stage, but Intel did bring along a Dell XPS 13 fitted with the new Low Power Display Technology to Computex. It suggested that the already impressive battery life — 13 hours in our video loop test — could be extended by between four and eight hours depending on usage, as per The Verge.

As Intel suggests, this new technology’s effectiveness will depend heavily on how the system is being used. It doesn’t matter how efficient your screen is if you have it in standby while the CPU is grinding away at encoding a video. The limitations on graphics hardware are also a little disappointing, but then we want our gaming displays to be bright and colorful, unlike some of the budget gaming laptops out there. If we can have a new generation of mainstream 2-in-1s and lightweight laptops that can suddenly have more than a day’s charge, color us intrigued.

Perhaps we’ll even see a new generation of laptops that fit these displays with smaller batteries to maintain existing uptime but cut down on weight and size even further.

While it seems unlikely that any improvement seen by this kind of battery-boosting technology will lead to manufacturers being any less dishonest about the capabilities of their laptop’s batteries, it is at least a new recommendation we can add to our guide on how to improve your laptop battery life.