HP’s 145,000-core supercomputer is the most powerful ARM system ever built 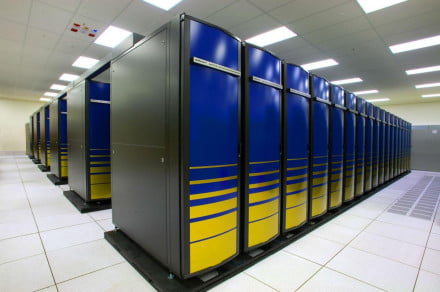 Just shy of 2,600 dual ARM processor servers are packed into Hewlett Packard Enterprise’s (HPE) new supercomputer, making it the most powerful system ever built using ARM hardware. Known as the Astra, the mammoth processing platform will be used to run simulations for the National Nuclear Security Administration (NNSA).

While Nvidia may be busy pioneering new, miniature supercomputers powered by parallel computing graphics cards, HPE has been working on a new design constructed entirely of dual-processor ARM servers. The new Astra system is purportedly made up of more than 145,000 processing cores and has a far more efficient way of handling its memory.

At its peak, Astra is said to be able to offer 2.3 petaflops of performance, with memory that performs up to 33 percent faster than typical supercomputers of comparable size. That’s the key to the system, its memory performance. That’s what allows the system to handle vast quantities of data, which is its core focus — rather than some of the high-performance computing tasks given to more typical supercomputers.

This is all part of HPE’s push for more “memory-driven computing,” as the company calls it. First debuted as a concept in 2017, HPE has, with Astra, developed a system where each of its thousands of processors has access to a large pool of memory. That should massively reduce the latency typically associated with processors accessing the memory of their companion chips.

Astra certainly isn’t going to hold a candle to the recently unveiled IBM system, which has more than 9,000 22-core IBM CPUs and over 27,000 Nvidia Tesla V100 GPUs (so that’s where all the graphics cards have been hiding). But the Astra should be perfectly capable of handling the tasks the NNSA has for it. Developed in conjunction with the U.S. Department of Energy, Astra will be used for nuclear research and running simulations for the NNSA’s Sandia National Laboratories.

At Sandia, the Astra supercomputer will be given a trial run to start with, but could ultimately be used to help manage the nuclear stockpile of the U.S. As Engadget highlights, Sandia runs many physics simulations on a daily basis and it’s hoped that Astra will be able to accelerate that. As a new style of supercomputer, its potential lies in redefining the types of high-performance computers used at such institutions and could mean that ARM-based supercomputers become far more common in the future.