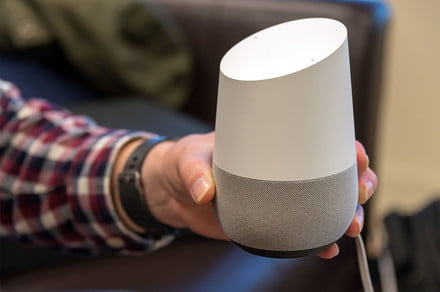 If you’ve woken up to find your Google Home device isn’t working properly, then you’re not alone — users are being prevented from interacting with their Google-based smart devices, and no amount of resetting and tinkering with options is fixing the problem.

The problem seemingly began a few hours ago, and stops the user from completing any interaction with the device. According to a thread on the r/GoogleHome subreddit, Google Home, Google Home Mini, and Chromecast devices are affected, and the issues seem to extend worldwide, with problems having been reported in the United States, Brazil, and Indonesia, as well as other countries.

It’s pretty obvious if any of your devices are suffering from the problem. If using a Google Home, “hey, Google” commands are being followed by messages that the Home device is not yet set up, that a problem has been encountered, or a glitch occurred. If you’re using a Chromecast, you may find that it can no longer be found for streaming — as per numerous early complaints — or that it simply refuses to boot up.

The fact that the issue is worldwide and not linked to a specific region implies that something’s gone wrong on Google’s end. We can confirm that some of our Google Home devices have fallen prey to the bug, but it’s important to note that not all of them have been affected. One Reddit commenter suspects that a recent update to add Spanish may have caused the issue, and notes that their units were fine until the update dropped earlier.

The Made By Google Twitter account is currently being inundated with questions about the issue, and has put out the following statement that a fix is being worked on:

Hey there, thanks for reaching out ― we're already aware of this and are working on it. We'll keep you posted once we get a fix.

The interconnectivity of various smart devices is something of an Achilles’ heel for many companies, as their nature means that one issue can ripple all the way through the ecosystem before anyone has the chance to notice it. Still, Google’s smart home devices have been relatively stable compared to Amazon’s Alexa, which recently told users “every time I close my eyes, all I see is people dying,” and has previously burst out laughing for no discernible reason.

We reached out to Google on this issue, and received the following from a Googe spokesperson: “We’re aware of an issue affecting some Google Home and Chromecast users. We’re investigating the issue and working on a solution.”