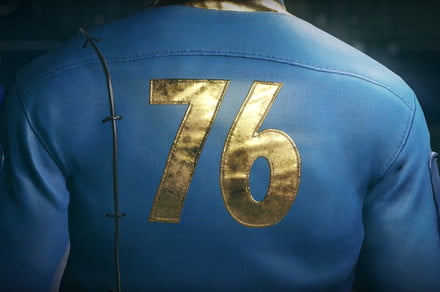 Bethesda finally revealed some juicy details about its latest Fallout installment, including its November 14 release date, during a press event on Sunday evening prior to the start of the E3 gaming convention. The Fallout 76 reveal was a bit more in-depth than what we saw during the Xbox show Sunday afternoon, where we learned the game’s world will be four times the size of the explorable area in Fallout 4. That little tidbit was just the tip of the massive Fallout 76 iceberg.

For starters, Fallout 76 takes place before all other Fallout games. Set in the hills of West Virginia, it casts you as one of the best and brightest selected to repopulate the Earth. You’re also one of the first to emerge from a vault after the post-apocalyptic dust settles. You’ve spent 25 years underground preparing for what’s called Reclamation Day, when you’ll step out into the world above and begin to rebuild America.

But don’t worry: This won’t be a building simulator with a Fallout theme. Fallout 76 is an RPG at heart that expands on the base-building mechanics of Fallout 4 to encompass an entire settlement. And you won’t be exploring and building alone: Fallout 76 will be a dedicated online multiplayer game where every character you meet will be an actual player.

Game director Todd Howard classifies Fallout 76 as a “soft-core survival” game. You and other players can build settlements and move them anywhere you want. But you also must protect those settlements from mutated beasts, wildlife, and other players. Did a group just come in and destroy your settlement? Return the favor by locating one of the multiple nuclear missile sites and returning the favor. Don’t have the complete launch code? Find other players holding the missing pieces.

“You’ll decide the heroes, and you’ll decide the villains,” he said. Howard added that you can visit the targeted site after the dust settles to collect rare, valuable resources.

Given Fallout 76 is entirely online, your progression stays with your character. Even more, your character won’t be tied to one specific server, so if Bethesda’s network needs to shift you over to another server, your character remains intact. Bethesda will provide servers “100-percent” dedicated to the game for years to come.

Get your game on

While it’s an online-only game, you can still play Fallout 76 solo. There’s a story and quests to complete that are rooted deep in West Virginian folklore, and six distinct regions to explore with their own styles, risks, and rewards. Backing this massive area is an engine rendering 16 times the detail seen in Fallout 4. You can even see distant weather systems on the horizon, Howard boasts.

Fallout 76 will be playable in 4K with HDR on the Xbox One X console. We imagine this will be the case on PlayStation 4 Pro and Windows 10 as well.

Pre-orders for Fallout 76 begin June 15, 2018. The Collector’s Edition will include a map that glows in the dark, figures you can place on the map, and a wearable T-51 Power Armor helmet with a working headlamp.