Facebook Messenger is getting those annoying autoplay video ads 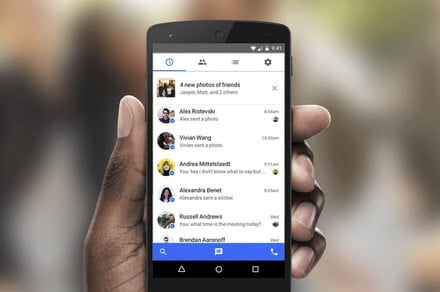 It looks like days of an ad-free Facebook Messenger are well and truly over. Messenger has had static ads for around a year and a half now, but now it’s experimenting with a new, more intrusive type of ad in Messenger — video ads. And yes, they are on autoplay.

It’s not a totally unexpected move from Facebook. While static ads are less intrusive, Facebook can likely sell video ads at a much higher price. The company has been increasingly looking for ways to inject ads in the apps that aren’t the main Facebook app, including the likes of Messenger and Marketplace.

Of course, the fear for users is that autoplay videos in Facebook Messenger will seriously hamper the overall user experience, but Facebook says it is keeping that in mind.

“Top priority for us is user experience,” said Messenger’s ad manager Stefanos Loukakos in an interview with Recode. “So we don’t yet [if these will work]. However, signs until now, when we tested basic ads, didn’t show any changes with how people used the platform or how many messages they send.”

In other words, there is a glimmer of hope — if Facebook finds that video ads disrupt the overall user experience, it may reverse the decision. But we don’t expect that to happen.

The real issue here is that Facebook seems to be running out of places to put ads and because of that, when it does place new ads, the user experience suffers, whether it likes to admit that or not. Of course, it’s unlikely to cause many users to stop using the app — Messenger is a free app with a massive network that allows you to instantly message any of your friends. While there are competitors, few of them can go head to head with Messenger when it comes to reach. Perhaps the only real competition comes from services like WhatsApp — which is itself also owned by Facebook. On top of that, while Facebook has been finding creative ways to inject ads into WhatsApp, we think it’s probably only a matter of time before autoplay ads find their way into WhatsApp too.