HomeNewsElon Musk hung up on NTSB chairman during a call regarding deadly...
News 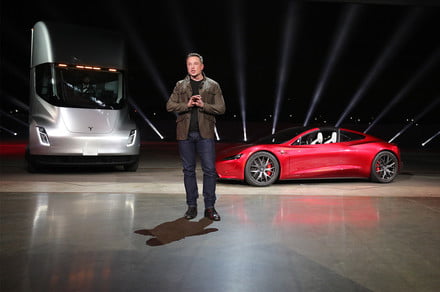 A few weeks prior to his famously frustrated investor call, Tesla CEO Elon Musk hung up on the chairman of the National Transportation Safety Board during a call regarding an investigation into a fatal crash involving a Model X, Bloomberg reports.

NTSB chairman Robert Sumwalt called Musk to warn him that the company’s blog posts placing blame on the car’s driver for the fatal accident had crossed a line. Tesla had previously been warned against making statements regarding the crash while it was under investigation.

During a speech given to the International Society of Air Safety Investigators’ Mid-Atlantic Regional Chapter, Sumwalt said that “best I remember, he hung up on us.” Sumwalt had been discussing the NTSB’s policy of bringing on industry experts to help with its investigation.

The NTSB was originally looking into why the Model X’s battery caught fire after the car crashed into a highway barrier. Tesla later said that the car had been in Autopilot mode when the accident occurred. This prompted the NTSB to expand the scope of its investigation to include the Autopilot feature.

While Tesla has not responded to Sumwalt’s comments regarding the phone call, it has spoken out about the board’s decision to remove Tesla from the ongoing investigation. A Tesla spokesperson even told TechCrunch that the NTSB is “more concerned with press headlines than actually promoting safety.” Tesla maintained that it had a right to warn customers to maintain control of their vehicles while Autopilot was being used.

Sumwalt isn’t the only person to annoy Musk during a phone call. During a recent earning’s call, the Tesla CEO lashed out at Wall Street for focusing too much on quarterly earnings.