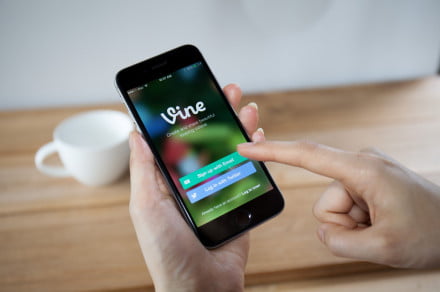 If you’re waiting for the second iteration of Vine, the short-form video app, don’t hold your breath. As per a recent announcement from the social media app’s co-founder Dom Hofmann, Vine 2 (aka V2) has been placed on hold for “an indefinite amount of time.” As it turns out, when you’re the new social network on the block, it’s tough to give the established players in the space a run for their money, especially when you have very little of your own.

As Hofmann wrote of his “very difficult decision,” there were several contributing factors to the postponement. The most significant, however, seem to be related to “financial and legal hurdles.” As Hofmann further explained on the community forum he’d built specifically for Vine 2, “legal fees have been overwhelming,” and taking on a rebuild of the product would also require “sizable external funding, probably from investors.” Unfortunately for the Vine team, this simply isn’t something that they have for the time being. In fact, V2 has been an entirely bootstrapped enterprise — something that Hofmann decided to do late last year after Twitter pulled the plug on Vine.

The idea behind the new app was to allow users to record or upload two to six-second looping videos (much like the original app), but with far superior anti-harassment safety features. When Hofmann first announced that he would be seeking to launch V2 in 2018, he said that he “underestimated the amount of enthusiasm and attention the announcement would generate.” As it turns out, it was in fact the public’s desire for Vine that proved problematic.

The original version of Vine was acquired by Twitter before it even launched in 2012, and eventually, claimed a whopping 200 million users. However, the popularity of the app slowly petered out, and by 2016, Twitter had announced that it would no longer be supporting the app. And now it looks like we’re going to have to go a while longer without a new and improved version.

“I’m very, very sorry for the disappointment. If it’s any consolation, I think it would have been more disappointing if this service had been developed and released incorrectly, which is where we were headed. I’d like for us to get it right,” Hofmann wrote. “We take a step back. The code and ideas still exist, but until everything else comes together, we can’t move forward. Again, this is indefinite, which means that it could take a long time. But it’s necessary.”