30 percent fewer taxis in New York City could be an improvement, MIT says 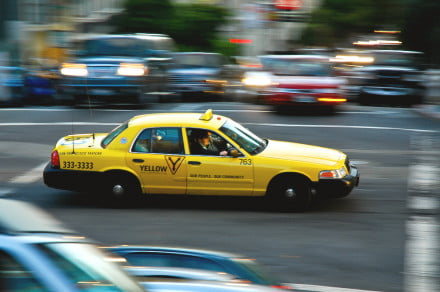 It’s pretty clear that self-driving cars will have a big disruptive impact on the taxi industry — but so too could the right routing algorithm. In a new paper published in the journal Nature, researchers from MIT describe an ultra-efficient dispatching algorithm that they say could slash the size of a city’s fleet of taxis by 30 percent.

“The question we tried to answer is the following: At any given time throughout the day in a city such as NYC, which cab should pick up which passenger so that we make sure all passengers are picked up at their requested time without any delays and with only the absolute minimum number of cabs possible?” research scientist Moe Vazife told Digital Trends.

Their work demonstrates that failing to assign vehicles in a smart way means that cities wind up with more vehicles on the road that are needed. Whether you’re running a taxi company or just worried about the environment, that’s not good news. However, solving the “minimum fleet problem” means that a more intelligent approach cut down on the number of cars required.

“To tackle this problem we devised a network-based approach in which we create a large network consisting of many many nodes and links, based on the information we have from trips and travel times in a city at a given day,” Vazife continued. “Then we use a very efficient algorithm to find the golden fleet-size number given the set of trips as well as a detailed plan for each vehicle in the fleet.”

For the time being, Vazife said that it might prove challenging to implement because human drivers will not always behave in a way that is consistent with the algorithm’s recommendations. But in a future world of autonomous cars, this could provide a great way of optimally serving cities’ transportation demands while ensuring that the footprint and operational costs are as low as possible.

“I think there are still exciting research problems to solve before making this available in practice,” Vazife said. “The next steps, in my opinion, is trying to [examine] some of the addressable limitations which we have discussed in our paper, and exploring further the possibility for an implementation in the form of an on-demand mobility service to improve the vehicle utilization rates in our cities, as well as traffic conditions of our cities’ roads.”