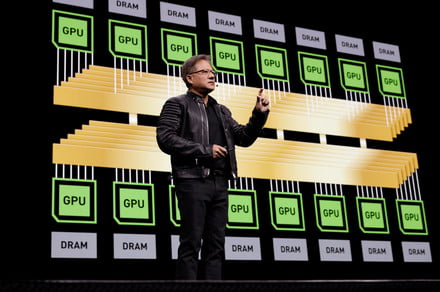 Nvidia’s GeForce Partner Program may face investigation by two regulatory bodies, the U.S. Federal Trade Commission (FTC) and the E.U. Commission, over claims that it employs anti-competitive practices that unfairly advantage the company over its competitors. Although no official announcement has been made by these agencies, each has responded to independent complaints, suggesting that Nvidia is now on the radar of both.

The original indication of potential alleged anti-competitive practices of Nvidia’s GeForce Partner Program came from a HardOCP report which suggested that Nvidia was encouraging its graphics card partners to not sell AMD products as part of their gaming brands, in order to get a preferential supply of GPUs. Some gamers and PC users have announced their own boycott of Nvidia and partner hardware over these claims, and they have also attempted to get the FTC and E.U. Commission involved.

After emails and calls went out to these agencies from a number of concerned PC users, there have been posts on social networking sites like Reddit, which claim that the agencies responded. As WCCFTech reports, this could be an indication that both the FTC and E.U. Commission will begin looking into the partner program as a possible case of anti-competitive behavior.

Although no official announcement has been made from any regulatory body, and any claims of anti-competitive behaviour from Nvidia are entirely alleged and provided by anonymous sources, the evidence has been mounting. The original HardOCP report on the matter is the most damning, but other sites have also been doing their research and have uncovered some similar evidence of their own. They allege that Nvidia has been putting pressure on the largest board partners to offer Nvidia graphics cards exclusively in order to secure a good supply of those cards.

Considering the still-ongoing pricing and availability issues of many graphics cards, that issue is of even more importance for graphics card partner companies at the moment. If true, it would also do consumers no favors at all, as it would mean a concentration of supply in fewer hands, thereby potentially allowing for even greater pricing control by a few manufacturers and retail partners.

Even if the FTC and/or E.U. do look into this matter however, any response is unlikely to be swift. Unless Nvidia were to voluntarily take steps to change its alleged practices, any investigation in an official capacity would take quite some time to come to fruition.