HomeNewsWith AMD FreeSync support, games will look their best on Xbox One...
News

With AMD FreeSync support, games will look their best on Xbox One S, Xbox One X 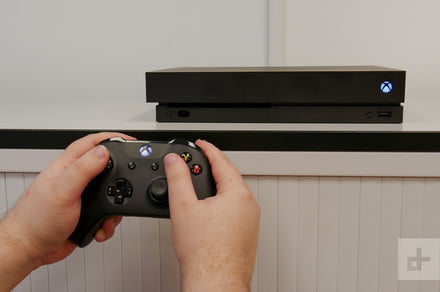 The Xbox One’s latest update is bringing several new features to the console, including new options for Mixer streaming and resolution settings. But another addition could make your games look significantly better: AMD Radeon FreeSync support for enabled monitors.

FreeSync is a technology used in select AMD processors and displays that causes your monitor and gaming system to sync their refresh rates. Previously, it was a feature only available to PC players, but the update adds FreeSync support to both the Xbox One S and the Xbox One X. With FreeSync enabled, you should see reduced visual artifacts and screen-tearing in your games, resulting in a much more pleasant experience. The effect should apply regardless of your game’s frame rate, so you should still be able to boost performance when playing on the Xbox One X.

To allow FreeSync to work properly, all you need to do is go into the Xbox One’s “display & sound” settings and select the box labeled, “allow variable refresh rate.”

FreeSync monitors are available from a number of different manufacturers, including Asus, LG, and Samsung. They aren’t cheap, but if you already play games on a PC and want to hook up your Xbox in an area other than your living room, they’re a worthwhile option. Many are also extremely low-latency, and the updated FreeSync 2 monitors also support HDR. The Xbox One S and Xbox One X will both support this version of the technology, so your colors will still be just as vibrant as they were on a traditional HDR-enabled display. Just make sure the monitor you choose has an HDMI input, as some of the models only use DisplayPort.

If you’re a member of the Xbox Insider Alpha Ring, it’s likely you already have FreeSync enabled on your Xbox One S or X. For everyone else, we should be seeing it later this spring. Along with FreeSync, the update adds a new version of Microsoft Edge for browsing the web, as well as new tools for starting tournaments and organizing communities. Mixer streamers can even allow viewers to take over their game for them if they’re stuck at a particularly tough spot.