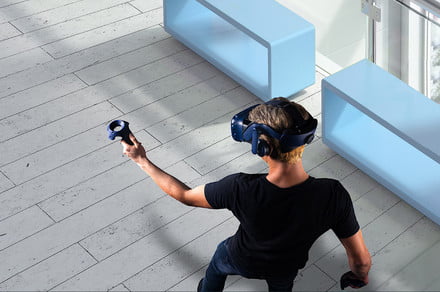 VR, or virtual reality, has gone from a science fiction concept to a broad market of consumer devices in just a short span of years: It’s no surprise some of us have whiplash.

Now that VR technology is everywhere, you may have some questions. We’re going to answer them! Here’s everything you need to know about VR.

The Basics of VR

Virtual reality technology seeks to create a realistic three-dimensional image or environment that a human can perceive as real, and even interact with in realistic ways. Obviously we aren’t at holodeck levels of realism yet, but consumers do have easy access to VR headsets and controllers.

VR in devices like headsets is created entirely by a mixture of hardware and software. That makes it different from AR (augmented reality), which uses an overlay of the real world and adds objects to it, like the Microsoft HoloLens. VR tends to be a more difficult prospect: In AR, there are solid fixed points of reference that your eyes can use to track and navigate. In VR, the full environment is simulated and realism is harder to attain.

Cutting edge VR projects are working with tactile sensation and even smells, but in the consumer market VR is typically limited to vision, hearing, and handling simple objects: But you’d be amazed what can be done with just these senses.

The most ubiquitous VR product is undoubtedly the VR headset: We have seen many versions from top tech brands like Google and Sony, each with their own unique approach.

Then come along somewhat cheaper headsets that are designed to work with smartphones, with a slot in the headset to position the smartphone screen at the right distance from the eyes. These headsets are made to work with VR apps that offer simpler experiences, and have a wide price range between a couple hundred dollars and $15 for Google Cardboard.

However, to understand how these popular VR headsets function, we need to dive inside. Here are the components that make these devices work, and how it all fits together.

“Immersion” is a vital consideration in all virtual reality endeavors, as in, “How immersive does this experience feel? How easily can people suspend their doubts and really feel like they are in this reality?” That question drives all ambitious VR development. It also helps us divide VR into a few useful categories:

Non-immersive: Non-immersive VR allows elements of the real world to creep in…which can be a good thing if you tend to suffer from nausea. This includes headsets that include some of the real world at the corners, virtual windows that you see sometimes in offices, and some AR that tiptoes as close as it can to VR.

Semi-immersive: Semi-immersive VR simulations use a combination of and real-world objects to replicate an experience. The easiest and most common example of this is the cockpit simulation used for both games and flight training. It looks real, and the visuals are digital while the controls are physical — but you still have the sense of being in the real world.

Fully immersive: Fully immersive VR creates an almost entirely digital environment to explore (the exception being controls, such as a gun or sword-like object in your hands). These environments may be limited by space, as with today’s gaming console VR headsets, or they can include full 3D environments in the real world that you can explore, which are tracked, copied, and filled out inside the simulation. This can get just as crazy as it sounds.