Spring is the season to buy a new laptop 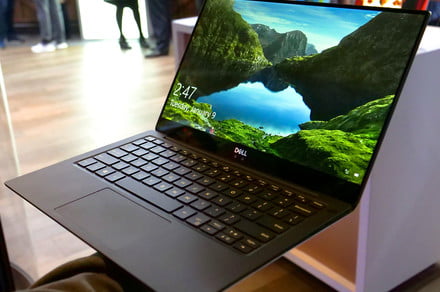 There are good times and bad times to buy a laptop — and this spring happens to be a good one. It’s not necessarily when you’re going to get all the best deals, but when it comes to the quality and selection of laptops that are out there, spring is one of the very best times to invest in a new laptop that’ll stay with you for the next few years.

The biggest laptops from CES are about to launch

CES (Consumer Electronics Show) is the biggest tech trade show of the year, and it’s usually when we see everything new in the world of laptops. All the biggest companies are there — Dell, HP, Lenovo, and Asus — all showing off flagships devices for the new year.

Waiting until spring is good way to ensure that most new laptops are up to date.

This year’s show debuted highly anticipated laptops such as the new Dell XPS 13, which tops our list of the best laptops you can buy. We also saw the HP Spectre x360 15, which comes with interesting new technology like Intel G-Series CPU with AMD Vega graphics, a combination that should offer solid everyday performance with a great gaming experience. Spring also falls just after MWC (Mobile World Congress). It’s a tech conference that’s focused more on smartphones, but a few significant laptops still appear at that show every February. With both of these conferences out of the way, you’re free to research and buy a laptop without worrying that it’s about to be replaced by a newer model.

The reason why that’s important is that unlike smartphones, which are renewed every year (and purchased every year), laptops last quite a long time, and updates to laptops are often much more incremental in comparison to match that product cycle.

That longer product cycle can make it much more difficult to keep track of what’s out there when you buy. The 2017 and 2016 MacBook Pro look identical, for example, but the former has a better processor. Buying a laptop just isn’t as easy as choosing between the Galaxy S8 or the Galaxy S9, but waiting until spring is good way to ensure that most new laptops are up to date.

The computer industry is built around the CPUs that power them. Each year, Intel brings out the next generation of its processors, slowly rolling out over the course months. For example, even though we’ve been reviewing laptops with 8th-gen processors for almost six months at this point, there are a whole set of them that haven’t even been released yet.

By spring, however, most laptops that you’ll consider for purchase have a new 8th-gen processor. Purchasing a laptop with the most current generation of CPU is not only important because of the extra speed and power you get, but also for future-proofing purposes. Unlike many of the other components of a laptop — the display, the RAM, or even the graphics card — your processor can outdate your computer within just a couple of years.

A quick tip for knowing whether or not your laptop’s CPU is up to date. The number that starts the string of numbers is the one to watch. The Core i5-8250U is an 8th-gen processor, while the Core i5-7200U is a 7th-gen.

With all that considered, rest assured that if you go out and buy a laptop in the spring, you’re going to enjoy a top-of-the-line laptop that isn’t about to be replaced by a new model for a while — just make sure you do your research first.