HomeNewsNvidia CEO maintains that cryptocurrency mining “is not their business”
News

Nvidia CEO maintains that cryptocurrency mining “is not their business” 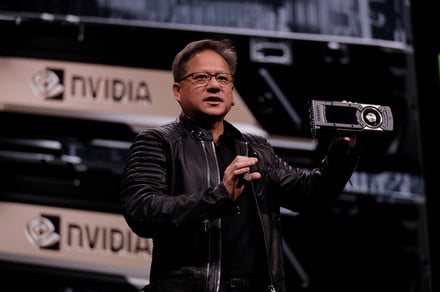 With interest in cryptocurrency and crypto mining at an all time high, some were surprised that NVIDIA didn’t focus on that segment at its annual GPU Technology Conference (GTC). The company has had a rocky relationship with crypto-miners, who have in recent years intensified demand for NVIDIA’s GPUs. While this is good for the bottom line, it also makes it hard for NVIDIA to keep its graphics card in stock for gamers and other users.

After noting that cryptocurrency mining represents only a small fraction of NVIDIA’s GPU business, CEO Jensen Huang distanced himself from the Bitcoin market, stating, “We’re not involved in Bitcoin at all. Bitcoin [mining] is done largely by ASICs today.” Unlike the GPU, which can handle a range of high-level computing power from deep learning to artificial intelligence, ASICs are efficient application-specific integrated circuit designed for a single task.

It is estimated that cryptocurrency mining accounted for at least six percent of GPU sales last year, and that number is poised to grow this year. Where NVIDIA has a prominent role in the cryptocurrency market is Ethereum, a competing type of cryptocurrency.

“What uses our GPU is Ethereum,” Huang said. “Ethereum ‘ether’ was designed as an algorithm to ensure that no singular entity or a few entities has the power to control the ether. It was designed so that the algorithm requires the type of computing capabilities — the type of processing capabilities — that are made possible by the use of GPUs in a distributed system.”

Huang didn’t bother with a mention of cryptocurrency at the company’s keynote earlier this week, despite that many gamers assume mining is to blame for the rising prices of GPUs.

“The reason why the GPU is so popular with Ethereum is because the GPU is the single largest distributed supercomputer in the world,” he said. “It is the only supercomputer that is literally in everyone’s hands. And as a result, no single entity can control currency.”

Ahead of the start of GTC earlier this week, a Susquehanna market analyst raised some concerns that NVIDIA and rival AMD may encounter increase competition in the cryptocurrency mining market as Bitmain may soon release an ASIC that is capable of mining Ethereum.

However, Huang appeared unphased. While promoting the benefits of GPUs for the cryptocurrency market, he maintains that cryptocurrency mining is not NVIDIA’s business. Instead, GTC’s major focus is to leverage the power of the GPU in systems like the newly launched DGX-2, Tesla, Drive, and GV100s to make advancements in gaming, workstation, artificial intelligence, healthcare and cloud computing.

“Quite frankly, I prefer that our GPUs are available to be used in those areas,” Huang stated, referring to AI and gaming. “And the reason is that there is so much shortage of GPUs at the moment. It’s hard for us to keep it in stock.”