Microsoft updates Code of Conduct to crack down on offensive content 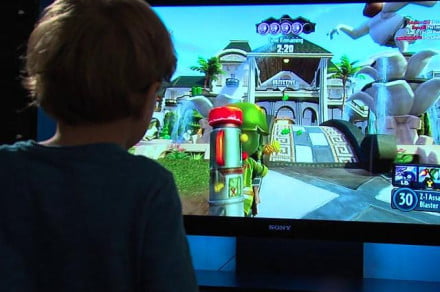 Microsoft recently distributed an email stating that its Code of Conduct terms will be updated to prohibit offensive language and fraudulent activity starting May 1, 2018. The clarification applies to all Microsoft services, and any violation will result in the suspension or ban from said services. That includes eliminating any remaining time you have on an Xbox Live Gold membership, canceling all balances, and forfeiting content licenses.

In other words, break the rules and Microsoft keeps your credit and digital purchases. That is the big misconception about digital purchases: They’re not yours to keep like physical merchandise. You’re paying for the right to use the content, and any violation of a company’s Terms of Use or Code of Conduct removes that right without any refunds.

“We may stop providing Services to you or we may close your Microsoft account,” the company warns. “We may also block delivery of a communication (like email, file sharing or instant message) to or from the Services in an effort to enforce these Terms or we may remove or refuse to publish Your Content for any reason. When investigating alleged violations of these Terms, Microsoft reserves the right to review Your Content in order to resolve the issue. However, we cannot monitor the entire Services and make no attempt to do so.”

Even if you don’t do anything illegal, keeping the language clean is still a top priority. The problem with Xbox Live is that you really don’t know who’s behind the gamertag that keeps shooting you in the head during online matches … unless you know the individual personally. That said, the “don’t engage in activity that is harmful” rule comes into play if you’re an adult cursing out the offending gamertag that happens to be a minor.

But the rules don’t apply to just Xbox-related services. They span across everything provided by Microsoft, including Skype and OneDrive. Microsoft said it “cannot monitor the entire Services,” but customers are now worried that even the slightest joke will ban them from the company’s platforms forever. Based on the language seen in the revised Code of Conduct, customers are worried that they can’t even use Skype for private conversations.

In this case, here is what Microsoft says you can’t do with its services:

Both rules apply to nudity, bestiality, pornography, offensive language, and similar content and material. Banning customers from displaying this content publicly is understandable, but when sharing with individuals through private channels, someone must be the whistleblower. Thus, your naughty Skype conversations with the boyfriend or girlfriend should be safe until they get mad and report you to Microsoft out of anger.

God of War Ragnarok PS5 DualSense controller: Preorders and where to buy