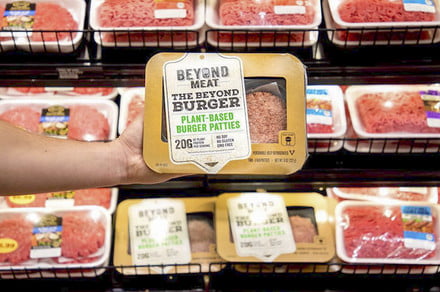 Is it or isn’t it? That’s the question that vegetarians, and now the beef industry as well, is asking of lab grown “meat.” Tech startups in the business of creating so-called “clean meat,” which is grown entirely in a lab (but using animal cells), have long argued that their product will appeal to vegetarians and meat eaters alike. However, it now looks like they may soon be forced to take a stand on one side of the fence or the other.

As first reported by Business Insider, the U.S. Cattlemen’s Association (USCA) has filed a lengthy petition with the U.S. Department of Agriculture (USDA) in hopes of establishing clearer rules around what constitutes “meat” and “beef.”

Who knew we would ever even have this debate?

In the 15-page petition, the USCA claims that lab-grown meat cannot be considered either meat or beef as it does not come from animals that were raised and slaughtered (to which vegetarians everywhere are saying, “Thank you”). The group of ranchers further notes that labeling these products “meat” will be confusing to customers.

“[The government] should require that any product labeled as ‘beef’ come from cattle that have been born, raised, and harvested in the traditional manner, rather than coming from alternative sources such as a synthetic product from plant, insects, or other non-animal components and any product grown in labs from animal cells,” the USCA writes.

This could be contentious for the plethora of new companies that are looking to create alternative meats, including Beyond Meat, Memphis Meats, and Mosa Meats, just to name a few. While some of these companies use plant-based components in their products (like Beyond Meat), others depend upon animal cells, which makes the distinction between their product and “real meat” a bit hazier.

Regardless of what these offerings are ultimately called, it’s obvious that they’ve captured the attention of both customers and investors. For example, Israeli biotech firm SuperMeat recently raised $3 million in seed funding to help it create “high-quality meat produced independent of the animal’s body.” And aside from being good for ethically minded eaters, these products are also better for the environment, requiring  99 percent less land, 90 percent less water, and emitting 96 percent less greenhouse gas.

We’ll just have to wait and see what term SuperMeat and others in the space will be able to use when they finally hit supermarket shelves.