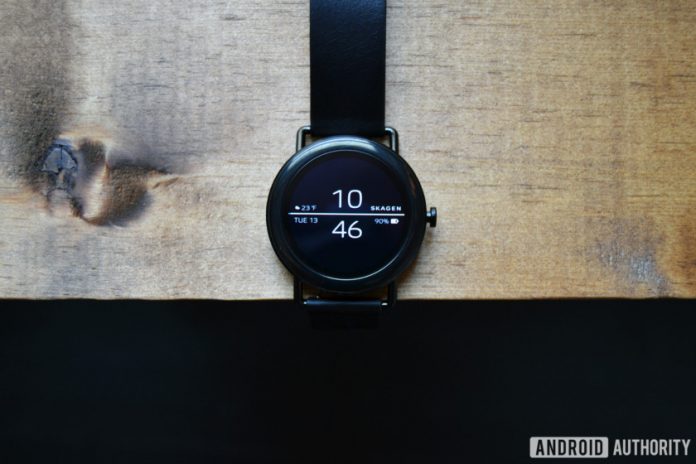 Smartphone manufacturers might be taking a break from making new Android Wear devices, but that doesn’t mean the platform is dying — not by a long shot. As one of Android Wear’s biggest supporters over the past few years, Fossil has been quite vocal in its commitment to the platform.

Iconic Fossil brand Skagen revealed its very first touchscreen smartwatch at CES this year. It’s one of the most minimalistic Android Wear watches to date, both aesthetically and in its feature set. That’s why it might not be for everyone.

Review notes: I’ve been using the Skagen Falster on a regular basis for over two weeks, running Android Wear version 2.8.0 on the November 6, 2017 security patch. The Google Pixel 2 XL has been my smartphone companion of choice for the duration of this review.Show More 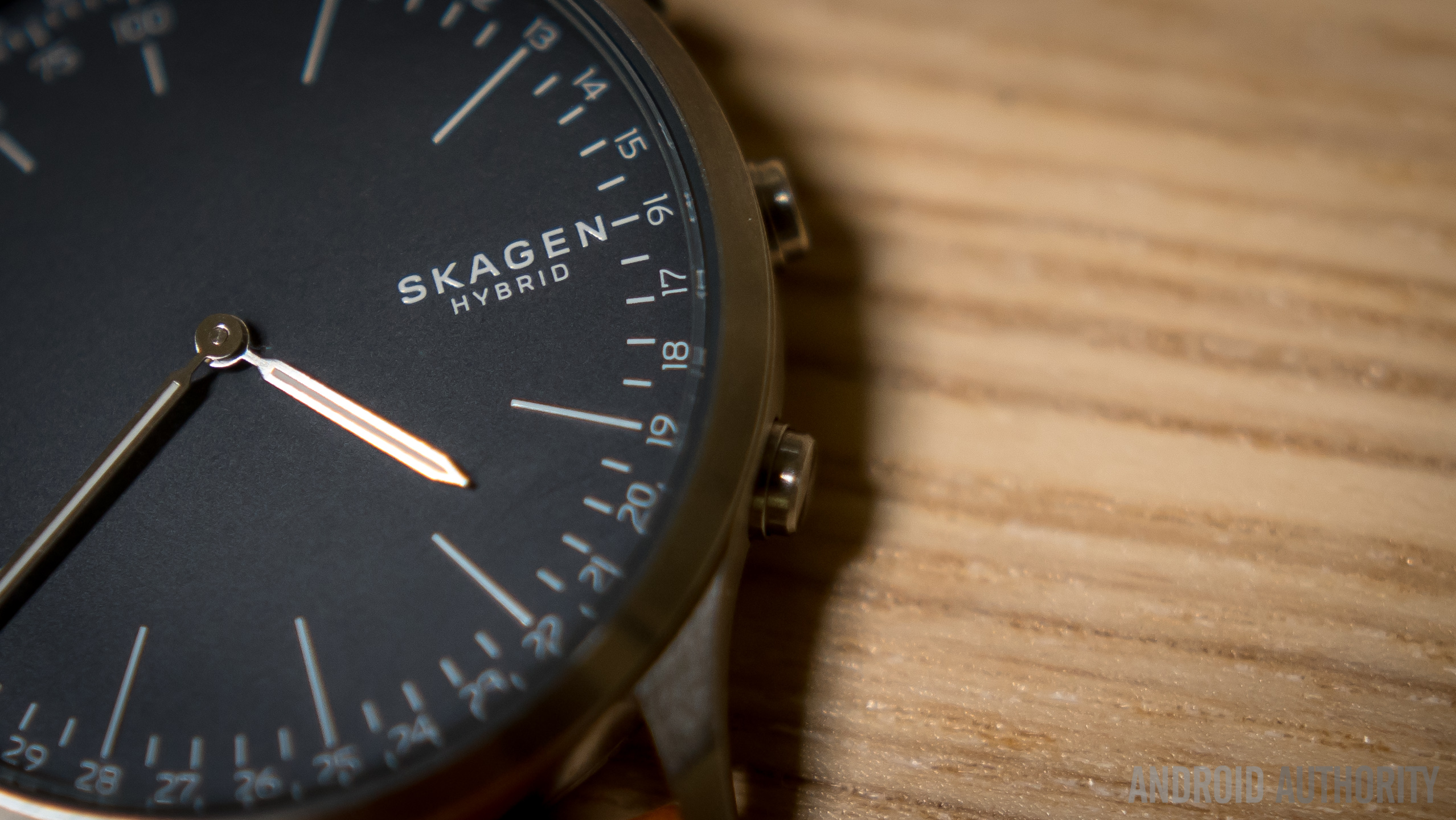 When I was in New York City celebrating my birthday a few weeks ago, I decided to treat myself to a hybrid smartwatch that I’ve had my eye on for quite a while. I have to …

Like Skagen’s non-smart watches, the Falster is understated, simple, and gorgeous. Its simplicity is reminiscent of the first-generation Moto 360, and it succeeds in not looking too much like a smartwatch.

That’s partially thanks to the full-round OLED display, which is surrounded by an IP67-rated, 42 mm stainless steel watch casing. There’s also an ambient light sensor around the display, which means there’s no flat tire to be seen. The display is bright, crisp, and easy to see both indoors and out. 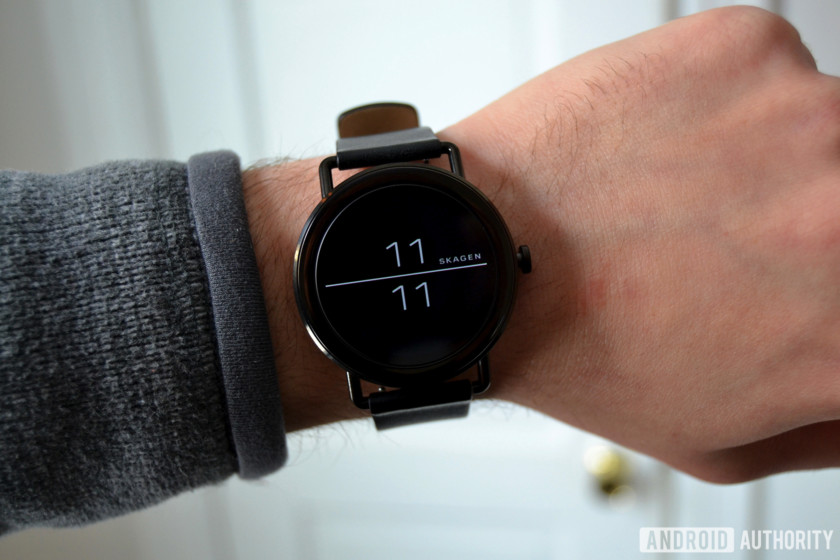 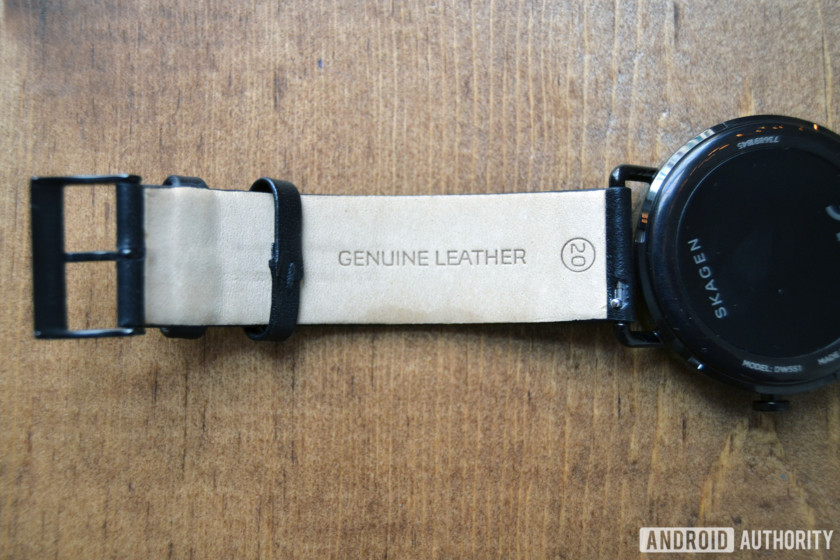 The 42 mm case will fit well on most average sized wrists, and the 12 mm thickness of the casing means it’s not too bulky. It feels like you’re wearing a normal, analog watch.

On the right side of the case sits a single button, which is my favorite part about the Falster aside from the minimalistic design of the watch. It gives you a bit of resistance when pressed, almost like you’re pressing down on a spring. This level of quality is found in most aspects of the watch. It’s clear Skagen spent most of its time on making the Falster’s hardware top notch.

It’s clear Skagen spent most of its time on making the Falster’s hardware top notch. Smartwatches are still a very new thing to a lot of people, and for good reason. You don’t absolutely need one to get through the day, and some of the best smartwatches are much too expensive …

The button is great, until you realize it isn’t a rotating dial. If you’ve ever used the dial on the LG Watch Style or the digital crown on the Apple Watch, you know how nice it is to scroll through menus without having to gunk up the watch screen with your finger.

The Falster is available in four different styles — black leather, brown leather, steel mesh, and rose gold mesh. If you’d like to switch up the look of your watch at any point, you can swap out the strap with another 20 mm watch strap, too. 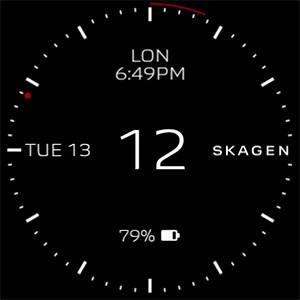 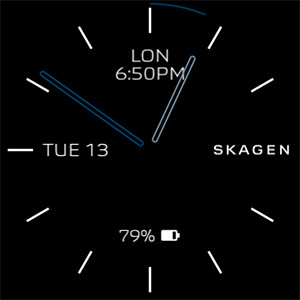 Skagen’s included watch faces all share a similar look — minimal, sleek, and modern. I’m partial to the simple default digital watch face, and all included faces can also be customized with different colors and shortcuts.

Performance is one of this watch’s strongest qualities — I’ve noticed little to no lag throughout the entire review period.

Under the hood, the Falster is powered by the Qualcomm Snapdragon Wear 2100 chip, which also powers most modern Android Wear watches. Performance is one of this watch’s strongest qualities — I barely noticed any lag throughout the entire review period.

It won’t last multiple days on a single charge, so you’ll need to charge it every night. I haven’t once been able to kill the battery in a day, but I usually take it off at night with around 15-25 percent battery remaining.

But what Android Wear watch actually lasts that long? At least this one’s got a cute little animation that plays when you place the watch on the magnetic charger.

Skagen didn’t get everything right on the hardware front, though. The company didn’t find it necessary to include some of the best features found on other Android Wear devices. It doesn’t have an NFC chip, so you can’t use Google Pay. It doesn’t have a built-in GPS or heart rate monitor, so navigation and activity tracking are out of the question. There’s no LTE connectivity either, which means you need to stick around your phone or your saved Wi-Fi network to get a connection. These things aren’t completely necessary in a smartwatch, but any one of them might be a make-or-break feature for some people. 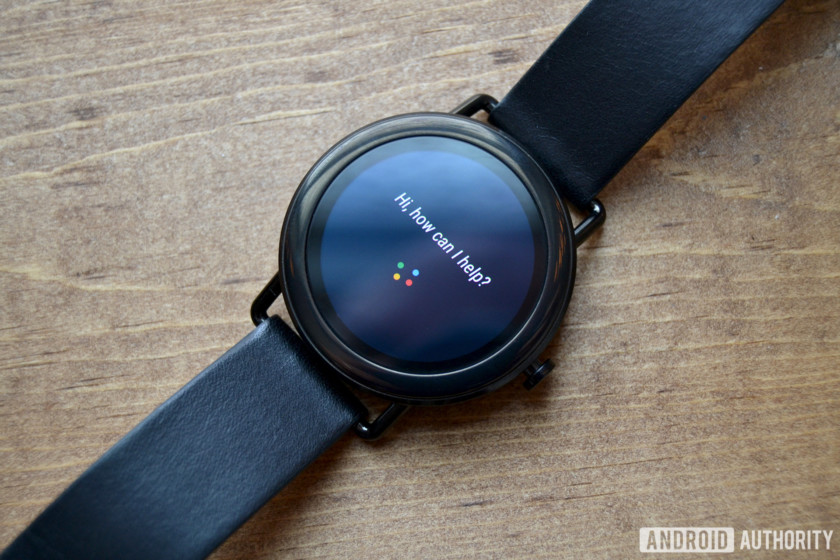 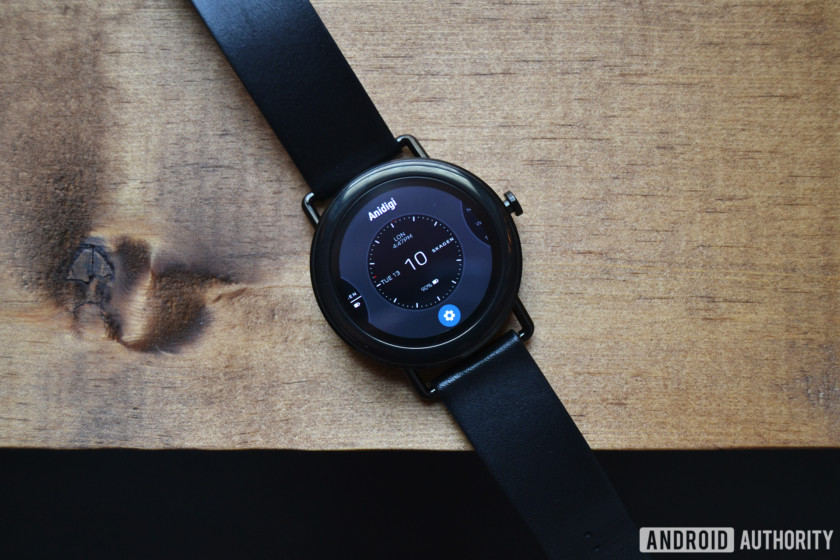 The smartwatch is powered by the latest version of Android Wear, 2.8.0. That means you get access to the system-wide dark theme, better notification glanceability, plus all the other great Android Wear features like Google Assistant, the ability to delete or reply to messages, and much more. As with every Android Wear device, you can also download any third-party watch app or watch face that you’d like. The Falster is only for a certain user. It’s not for technology nerds who want to pay for things with their wrists or answer calls without taking out their phone. It’s for people who want a smartwatch but don’t want to sacrifice aesthetics.

This simple, no-frills Wear watch is pricey. The leather band versions currently go for $275, while the mesh band options are $295. That’s a high price tag for a smartwatch that doesn’t have many advanced features, but at least it has its looks.

Would you buy this watch, or would you pass? Let us know what you think in the comments.

Next: Your guide to fashion smartwatches