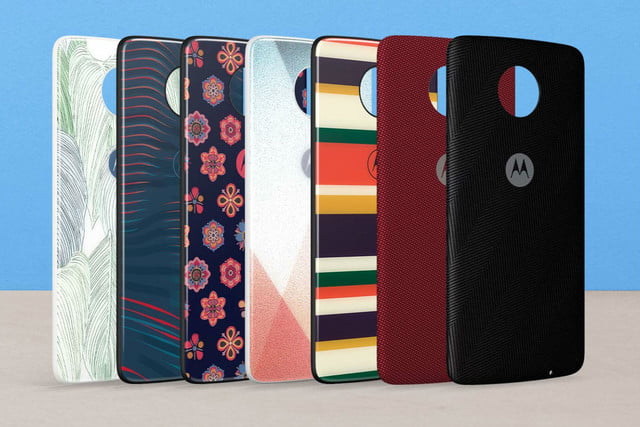 When Motorola first announced its Moto Z line and accompanying Moto Mods in 2016, it sounded like a pretty risky bet for consumers. Who would want to spend money on a line of magnetic accessories that are tethered to one device?

Well, as the Moto Z line comes up on its two-year anniversary, it appears those concerns were largely unfounded. This week, the company announced its newest collection of Moto Mod Style Shells.  The Style Shells are just the latest addition to Motorola’s growing collection of Moto Mods, and are aimed at allowing you to customize your phone without adding the extra bulk of a case.

The new Moto Mods Style Shells are constructed entirely of Gorilla Glass and come in five different festive and quirky designs. Joining Motorola’s current lineup of nylon Style Shells, the new collection offers a more fashion-forward selection. Of course, the interesting designs come at a price — you’ll have to shell out $30 to get one for yourself, which is up from the $20 price tag on the nylon shells.

According to Motorola, making the mods out of Gorilla Glass essentially causes them to be “damage resistant,” but in the end, even though Gorilla Glass is pretty tough, its still glass. If you end up with one of these mods, we would recommend still being careful to avoid any drops.

The new lineup shows that Moto Mods can be pretty versatile. While some people prefer to use functional Mods, they’re also a great opportunity to customize the look of your device. When it comes to functional Mods, we’ve seen quite a few — including a projector, Hasselblad camera mod, and more. At CES, the company unveiled even more Mods, like the Vital Mod, which allows users to track five vital signs in a matter of only a few minutes. Sure, it’s probably not something that everyone needs — but it could be very helpful to those that want to keep a close eye on their health.

If you’re interested in picking up one of the new Style Shells, or any other Moto Mod, for yourself, head to the Motorola website.