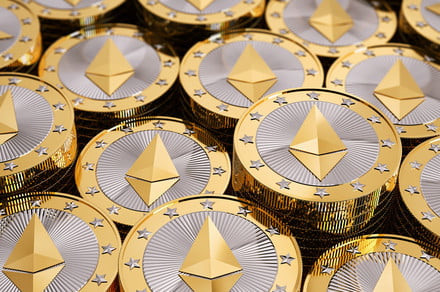 Even though cryptocurrency is decentralized, that doesn’t mean investors are immune from the clutches of the U.S. Internal Revenue Service (IRS), especially if they’re making a profit. More specifically, Uncle Sam expects his share of the cash sales made from digital currency within the calendar year. Cryptocurrency brokers can’t protect you from the IRS either, as seen with a recent batch of notices Coinbase sent to 13,000 customers.

According to Coinbase, the company received a summons in December 2016 to produce records relating to 500,000 customers. Coinbase fought the IRS in court and reached a compromise: Specific, limited categories of information that only legally tie up 13,000 customers. The company is now required to produce this information and submit notices to all that are currently under investigation.

The company says it must provide the IRS with taxpayer IDs, names, birth dates, and addresses. The information also includes historical transaction records for certain higher-transacting customers from January 1, 2013, to December 31, 2015. Unfortunately, the company cannot provide legal or tax advice to all customers involved in the IRS’ request.

“Because Coinbase received a summons on December 8, 2016, and more than six months passed before our challenges to the summons were resolved by the court, the period of limitations under sections 6501 and 6531 of the Internal Revenue Code (title 26 of the U.S. Code) were suspended beginning as of June 8, 2017 and continuing through the final resolution of Coinbase’s response to the summons,” the company says. “This may be relevant to the tax returns that you have filed for the 2013, 2014, and 2015 calendar years.”

But as stated, Coinbase refused. Eight months later, the “narrowed summons” include the following:

Capital gain or loss stemming from property transactions, including virtual currency, must be reported with IRS Form 8949 that’s attached to Schedule D on Form 1040. Form 8949 contains a space to describe the type of property sold, which was only used by 800 to 900 Americans when they electronically filed taxes in 2013, 2014, and 2015. Given the financial state of cryptocurrency, the IRS believes there should be additional reported gains, hence the tax request to Coinbase.

According to Coinbase, it serves more than 10 million customers spanning across 32 supported countries, generating more than $50 billion in exchanged currency. The San Francisco-based company brokers exchanges of Bitcoin, Bitcoin Cash, Ethereum, and Litecoin for a per-transaction fee. In North America, Coinbase charges a 1.49 percent fee for converting digital currency into cash.

The IRS filed its case in the United States District Court for the Northern District of California, Case No. 17-cv-01431-JSC. Coinbase will respond with the required information within 21 days. For more information about receiving a 1099 form from Coinbase, head here.