How to watch Amazon Instant Video on Chromecast or Android TV 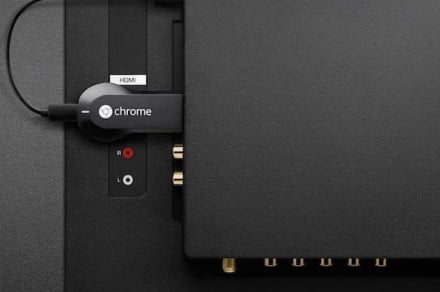 Google Chromecast’s simple press-and-stream ecosystem has garnered many fans. But, although the streaming device has built-in apps for just about anything you can stream, one of its only real omissions is the lack of support for Amazon Instant Video for streaming the best Amazon films and TV series.

This guide assumes that you already use a Chromecast or Android TV device and have it connected to your television and local network. You’ll also need a computer connected to the same network. Either Microsoft Windows or Mac OS X is fine, but you’ll need to use Google’s Chrome browser. If you have a Chromebook or another device powered by Chrome OS, that’s also fine.

Set up the Chromecast extension

Turn on your computer and open Chrome. If you don’t already see a Chromecast icon at the top right corner, go to this address and download the official Google Cast extension from the Chrome Web Store. Click the blue button marked “Add to chrome,” then click “Add extension” in the pop-up window. After a few seconds, a Chromecast icon will appear in upper right-hand corner of your browser window.

Click the “New” button, then select whether to automatically send Cast extension usage statistics to Google (checking or unchecking are both fine). Click “OK.” If your Chromecast or Android TV device is already set up, there are no extra steps to take — the extension will automatically detect any Cast-capable devices connected to your local network.

Now you’re ready to Cast. Navigate to Amazon Instant Video and select a movie or television show in your library, or if you’re an Amazon Prime subscriber, pick a video that’s included in Prime. Make sure your television is on and your Chromecast or Android TV device is connected. Click the Cast icon in the corner of your browser, then click on a Chromecast or Android TV device. Your tab’s video and audio will appear on your television. Click Play and you can sit back and enjoy your video on the big screen.

The Cast button has a few options you might want to consider. Streaming quality is up to 1080p, but will be determined by the quality of your internet connection and speed of your Chromecast or Android TV Device. You mute or unmute the audio with the volume button, but there is no option to change the volume level — you’ll have to adjust it with your TV remote.

The Google Cast extension can cast any tab with any content, so almost any web video will work, not just the ones on Amazon. When you’re finished, simply close the tab or click the Cast icon and then “Stop casting” to end your session.

This solution will work to get Amazon Instant Video on your Chromecast or Android TV, but it’s less ideal than a dedicated app. For starters, the video quality tops out at 1080p, which is unfortunate since a lot of Amazon videos are available in 4K if your internet connection, TV, or streaming box supports it. And even at the lower resolution, the bitrate is considerably lower than you might be used to, resulting in more video artifacts, extra pixelation, lower-quality audio, and occasionally complete signal dropouts.

Casting can also take a severe toll on a laptop battery, so you might want to keep your charging cable handy. If you’re using a desktop, this isn’t a problem, but it makes the video annoying to control if it’s in another room, as you can’t pause playback of seek out a specific section with your TV remote — everything has to be done in Chrome itself. (In this case, you might consider using Chrome Remote Desktop from your phone or tablet as a sort of makeshift remote.)

Hopefully, Amazon will add official Casting capabilities to its Android Instant Video app, and provide a real solution to Android TV as well … but that doesn’t seem likely right now. In the meantime, without an Amazon-compatible device like the a Fire TV, Roku Streaming Stick+, TiVo Bolt, smart TV, Blu-Ray player, or game console, streaming tabs in Chrome is your best bet.