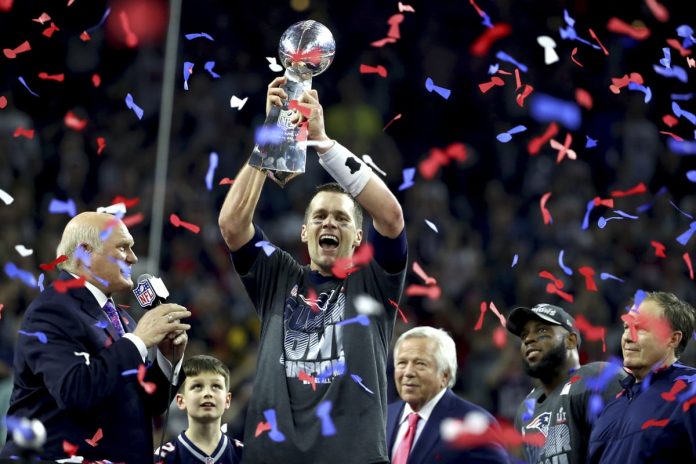 Competitive sports are ultimately numbers games. Whether it’s a gymnast racking up points on a balance beam, a tennis player acing her opponent, or a football team scoring on a last second Hail Mary, all matches are won and lost by numbers. There are upsets, comebacks, and situations when the losing team still seems to outperform the other — but, even then, victory distills into digits.

As such, it’s obvious that many sports lend themselves nicely to the type of mathematical analyses that let keen-eyed statisticians predict outcomes — maybe even exact scores — just by crunching a bunch of numbers. After all, that’s the basis of sports betting, and it’s helped baseball managers craft winning teams on a tight budget just by considering little more than batting average, runs batted in, and stolen bases.

But what happens when artificial intelligence algorithms are used to do what they do best — pick out patterns in data that human eyes typically can’t catch? Could these algorithms undermine the “house” and turn sports betting on its head?

Athletic events are chock full of juicy data that A.I. developers would probably love to feed to their algorithms. A power forward’s field goal percentage, a running back’s rushing yards, and a midfielder’s assists are obvious example of this kind of data.

But there are other, less apparent data that can give a more nuanced and complete overview, for example, a player’s “sweet spot” (where he most often makes his shots) or the paths and distance a given player travels during a game.

But not all sports are created equal when it comes to quantity and quality of data. Some, like baseball, readily release their players’ stats. Tennis organizations, on the other hand, collect high-resolution datasets that include things as specific as ball trajectory throughout a match, making the sport rife for predictive analysis.

If these organization didn’t keep their hi-res data under lock and key, tennis would be prime for predictive analytics. But for algorithms to identify patterns and provide actionable outputs, they need access to abundant data.

“A lot of the early sports betting in the US using computer algorithms and predictive models was focused on stuff like college football and basketball,” Adam Kucharski, a researcher and author of The Perfect Bet: How Science and Math Are Taking the Luck Out of Gambling, tells Digital Trends. “They’d have so many matches and each match had so many scoring events, which gave you a really big data set so you could get a good understanding of what was driving a team performance. And then you’d have enough games throughout the rest of the season to put that insight into practice.”

Access to data isn’t the only constraint keeping A.I. from fully infiltrating betting. The circumstances surrounding this data also needs to be relatively consistent. And since players and team rosters often change from season to season, finding patterns can become difficult, if not futile.

Furthermore, sports aren’t just about the stats. There are plenty of unseen influencers that can bring a team to victory. Player dynamics, for example, can cause certain squads to “click” and play well together, despite the data suggesting otherwise. And you can’t trust stats to elucidate a defensive player’s overall skill.

“In some team sports, very good players don’t do much that’s measurable,” Kucharski says. “A very good player might just get into a good position. Tackle rates won’t show that. It’s their positioning and intuitive behavior that is having an influence.”

That’s why Kucharski found that most betting institutions combine data-driven predictions with human behavior and intuition. The most accurate prediction might lie somewhere between raw data and input from the crowd.

“You can only shove things into an algorithm if they’re measurable,” he adds. “It might be that there are subtleties or other combinations of factors that humans can spot and process patterns in which is much harder to explicitly put into computing algorithms.”

The business of betting

There are a handful of companies looking to capitalize on A.I. in betting, such as Stratagem: a London-based startup that’s pairing deep neural networks with dozens of human analysts to predict the outcome of soccer matches, hoping to make money with wagers along the way.

Interestingly, one of the best examples of how A.I. can influence betting doesn’t rely exclusively on machine intelligence. Instead, it uses the technology as a guide to help humans leverage their collective brainpower more effectively and use it to make more accurate predictions. That’s the approach at Unanimous A.I., a startup that leverages A.I. and “swarm intelligence” to make astoundingly accurate predictions.

The startup made headlines last February when users on its platform, UNU, successfully predicted the Super Bowl results down to the exact score. Then they predicted eleven out of fifteen Oscar winners, besting the New York Times’ film buffs by eighteen percent. Before that, UNU performed an even more unlikely prediction by placing the winners of the Kentucky Derby in their exact order, a feat known as a superfecta, which last year came with 540 to 1 odds. For comparison, none of the experts at Churchill Downs predicted a superfecta. Meanwhile, Unanimous A.I. founder Louis Rosenberg turned his $20 bet into $11,000.

But Rosenberg isn’t in it for the money or the sport of it. In fact, he admits he wasn’t even much of a sports fan before his company started making these predictions.

Rosenberg is a proponent of the hive mind, or human swarm intelligence: the idea that a group of people working together has more intellect than an individual working alone. This isn’t just crowdsourced knowledge, Rosenberg says, but systems that are interconnected with feedback loops to manifest emergent intelligences.

In UNU, Rosenberg has created a platform that enables users to collaborate on predictions in real-time by moving a magnet to pull a “puck” towards their desired answer. By running these swarm trials and comparing their predictions to the real world, Rosenberg and his team hope to get enough statistically significant data to refine their platform and help make predictions even more accurate.

“For us it’s always fun to do these sports predictions.”

“We’ve shown we can take average [sports] fans, create them as a swarm intelligence, and amplify their intelligence to make them very good at sports forecasts,” Rosenberg says.

In multiple studies, researchers have used UNU to test the theory of swarm intelligence — with tantalizing results.

In one study conducted by researchers at Oxford University, American soccer fans were asked to predict outcomes in the English Premier League. When they acted as individuals, their average accuracy was about 55 percent. When they collaborated as a swarm, their accuracy jumped to 72 percent.

“This wasn’t just a single victory,” Rosenberg says, “It was fifty games over five weeks!”

The A.I. aspect of UNU comes in as algorithms at the back end. These algorithms monitor how users engage in the platform, whether their interactions display confidence, overconfidence, or uncertainty, and tries to guide the cursor towards the prediction that best represents their combined knowledge.

“The people possess the knowledge, wisdom, insight, and intuition, and the A.I. algorithms figure out the optimal way to combine their diverse views as they’re working together as a swarm,” Rosenberg says.

If you’re wondering (and we know you are) Unanimous A.I. ran a swarm for this Super Bowl. According to the swarm’s predictions, the Patriots will win by between 4 and 6 points, with the game’s total point count exceeding 48.5.

Whether or not this prediction is accurate, profits garnered from sports betting aren’t part of UNU’s business plan. Nonetheless, the company’s approach of combining algorithms with human intelligence in many ways mirrors the one used by betting syndicates and startups like Stratagem. So, although A.I. may someday power the sports gambling world, humans still seem to make the best bets.