‘You gotta be patient.’ Why HTC keeps pushing VR forward, and what’s next 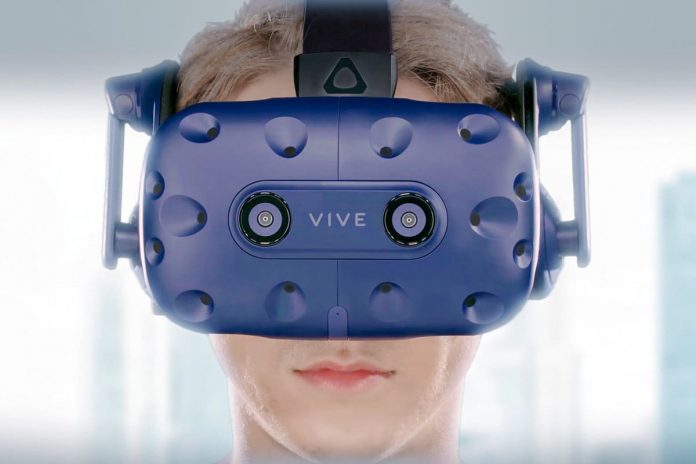 The Vive Pro was announced just yesterday here at CES 2018, bringing higher resolution and a revamped design. We already went hands-on with it — and even though it’s an iterative update, it brings a few highly-desired specs to the table that enthusiasts should love.

We got a chance to sit down with Dan O’Brien, the General Manger of Vive, to talk Vive Pro, the future of Vive Focus, and how close VR is from reaching mass adoption.

Digital Trends: At the rest of CES, the trend seems to be more shifted toward mainstream products, designed for first-time VR users. Why did HTC decide now to instead go in the opposite direction?

Dan O’Brien: Two reasons: One, our existing product, which is going to stay in market through 2018. It’s the best premium VR, consumer product. We’ve done the right things in that space of improving it, making it lighter, making the cables better, and pricing it down a bit. But it was really time for premium VR to step up another layer. It was time for us to keep moving innovation and what you can do in VR. Reading text in VR is really important. We can make the changes in visual quality. We can make the changes in audio quality. We can make the changes for the ergonomics and overall comfort and fit. Those are things that we knew we could do really, really well — and it was the time to do it.

A lot of them were asking us for a 50 percent jump in resolution, we gave them 78 percent.

We’ve also been listening since year one at launch of the first product, to the professional market. Whether that’s automotive or medical — they all needed higher resolution. A lot of them were asking us for a 50 percent jump in resolution, we gave them 78 percent. It’s really important for medical training use cases, automotive use cases, design use cases, and gaming use cases for richer environments. It’s something we could do and to differentiate and move premium VR forward and bring some innovation there. It’s not just always about costing things down and trying to open the market that way. We have a very large, professional enterprise market that wanted us to bring more innovation for them. They also wanted larger tracking area — all of them are asking for that.

In the SimforHealth application, you have an ultrasound in your left hand, a stint in your right hand, and you’re looking at a monitor on your right to look at what your hands on doing. That’s how doctors work in an operating room. You need a higher resolution to do that.

There have been a number of reports about the headphones on the Vive Pro. Are they detachable or removable?

You can remove them. We put them on there with intention for people to use those headphones. Users will be able to remove them, but it’s not a snap off, simple thing — you’ll actually have to unscrew it and take it off. But we did design it so that you could remove it. There’s instructions in the box that’ll tell people how to do it.

We put really premium headphones on the Vive Pro.

A lot of people gave us challenging feedback on why we didn’t launch the current Vive with the audio head-strap as an accessory. It’s actually because we did a lot of studies and we built smartphones — we know what an early adopter is like. When we were thinking about that early gamer — and we knew they had their headphones they were likely going to want to use and we didn’t want to control that for them. That was actually very specific on the original product.

But to be honest with you, we put really premium headphones on the Vive Pro with in-line amplifiers, volume controls, and a mute button. We really stepped it up for that audio experience, and we think that people are really going to enjoy using them.

The Vive Focus was launched in China earlier this year. Why has that been left only to that region and not brought to the US yet?

We decided as a company to bring that product into the China market first. It’s a whole new product. It was like introducing the Vive for the first time. We learned a lot about developer needs, consumer needs, channel needs — and we made an active decision as a company to launch in the China market. We wanted to learn — from developer success, store success, usage, and content in that market — and then we’ll consider how we bring all-in-ones to Western markets.

So it sounds like that’s not the end of that?

No, not at all. But nothing new to announce.

All these mobile and stand-alone headsets on the market are all wireless. Is the wireless adapter a way to solve that problem for premium headsets?

We surveyed prospective buyers, intenders, and current users. It’s a top-three purchase decision. People want the tether gone. They want to have a wireless solution, whether it’s at premium or lower, they don’t want to have to deal with the tether.

People want the tether gone. They want to have a wireless solution.

Arcades don’t want to have to deal with the tether. Professional customers that want to do multi-user experiences in an office environment — they don’t want to deal with the tether. It’s one of the top reasons people may not actually have gone into premium VR yet. We felt very strongly that this was something else we could solve. We worked with Intel on the WiGig 60Ghz band for this solution. I run around in DoomVR, and I can’t tell the difference between my wired and wireless experience.

Is there a reason why it’s an adapter instead of something that was built-in?

One, you’re bringing yourself additional cost. You want to be able to give people the option to get into the optimal experience that you intended to provide them. You know you can 100% do that with the tether. Having the wireless option there for them whether they want that or not is great, but always forcing people to have it is maybe not the best way to go to market initially. But maybe in the future. You can always make it a soft-bundle.

Is there anything new to say about the new controllers? What about the knuckle controller prototype?

When the knuckle controllers were introduced — all of that’s been done for feedback sessions to learn. Valve gave out a ton of controllers to the developer community and has been taking feedback. This is the best way to redesign and rebuild new input methods for consumers and developers. We put out those prototypes and we’ve been listening to developers and their feedback on this solution that they would like to develop for.

We have nothing to report on about the knuckle controllers, but we learned a lot from developers.

What needs to happen to push VR adoption over the edge to make it a mainstream thing? Is it a ‘build it and they will come’ scenario?

You gotta be patient. You can’t expect it to be an overnight success. We were the originals of making Windows Mobile smartphones. We were the first to make an Android smartphone. We saw the progression of when it started to cross the chasm and get into mass adoption. Those are all things we’ve gone through before. We feel like we are going in the right direction.