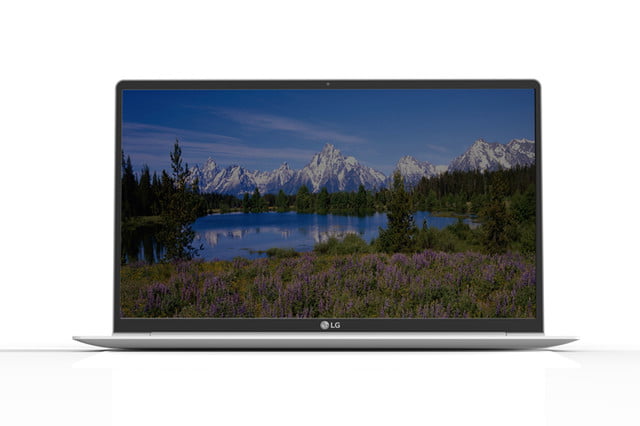 We applauded LG’s gram 15Z970 notebook for its incredibly thin and light chassis that still managed to pack in strong performance and an excellent display. Now that Intel’s excellent eighth-generation Core processors are hitting the mainstream, LG has taken the opportunity to update its flagship 15-inch notebook with both better performance and some nice design touches.


Up to 19 hours of battery life

While LG hasn’t provided too many details about the machine, we can tell from the pictures that the notebook maintains its basic design but with some notable changes. It utilizes a nano-carbon magnesium alloy material that’s allowed LG to meet the MIL-STD 810G certification for durability and use in harsh environments. The webcam that was uncomfortably placed under the display for an up-the-nose view has been relocated to above the display where it belongs.

The LG gram 15Z980 retains the former model’s very light 2.42 pound chassis, which we found extremely comfortable to carry around for a notebook with such a large 15.6-inch display. By packing in Intel’s very efficient and high-performance quad-core eighth-generation CPUs, LG can now boast significantly faster performance along with greater efficiency. The company is promising up to 19 hours of battery life, which is in line with some other newly introduced systems.

LG has also managed to squeeze in a second solid state drive {SSD) slot for increased storage space. The details aren’t specified, but LG does give hope that the slower SATA SSDs in the previous generation have been replaced with the faster PCIe SSD specification, which would provide a nice boost in performance to go with the newer, faster CPUs.

Finally, the LG gram 15Z980 fixes one of our complaints with the earlier model. While its predecessor was limited to a USB-C 3.1 port, the updated machine offers Thunderbolt 3, which greatly improves the notebook’s peripheral support and long-term viability. It can also charge external devices such as smartphones.

LG hasn’t yet provided pricing or availability information for the gram 15Z980. When it does arrive, it will maintain LG’s distinction of offering one of the thinnest and lightest full-size notebooks you can buy.


Facebook
Twitter
Pinterest
WhatsApp
Previous articleJabra’s Elite earphones give you a direct line to Alexa while you’re on the go
Next articlePC power level under 9,000? You can still run ‘Dragon Ball FighterZ’