Home News Apple has the world’s two top-selling phones, but how well is iPhone...
News

Apple has the world’s two top-selling phones, but how well is iPhone 8 selling? 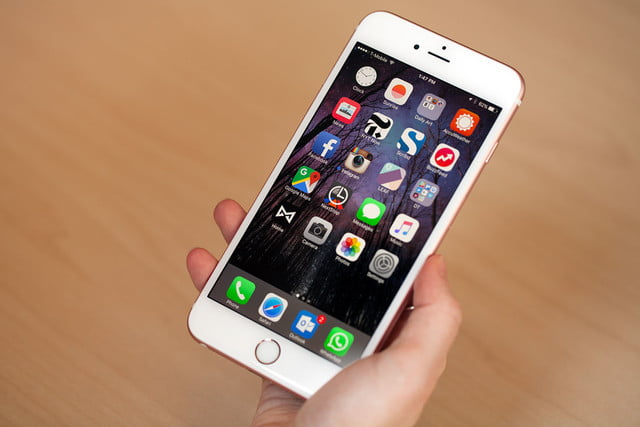 According to a report from the new research firm Canalys, the iPhone continues to be the top-selling phone with 46.7 million units sold in the third quarter of 2017. The iPhone 7 and iPhone 6S sold particularly strongly during the quarter, placing them at the number one and two spots for overall phone sales in the quarter.

The iPhone 7 saw the strongest sales of any mobile device with 13 million unit sold in the third quarter. Following in a distant second place was the iPhone 6S, first released in 2015, with 7.9 million units sold. The Canalys report attributed the strong sales of the iPhone 7 models partially to its lower price point after the announcement of the new 2018 iPhones.

Sales for the new iPhone 8 and 8 Plus were at 11.8 million units combined. The iPhone 8 Plus was the first Plus model to outsell its smaller counterpart, with sales of 6.3 million versus 5.4 million for the non-Plus version. Pre-orders and release day sales account for much of these sales as the phones were only available for eight days in the quarter.

Although sales of the iPhone 8 and 8 Plus were strong, they lagged significantly when compared with the iPhone 7 and 7 Plus when they were released year-ago quarter. Apple sold 14 million iPhone 7 units during the same period in 2016.

Canalys believes sales of the iPhone 8 will remain sluggish partially due to the lower cost of the iPhone 7 and the introduction of the iPhone X. Reports of price cuts, due to low demand have already been reported in China and some analysts believe Apple will lower the price in the U.S. for the holidays.

Sales of the iPhone SE, Apple’s least expensive model, were surprisingly strong as well. Though Apple did not disclose the number of iPhone SE units sold in the third quarter, the firm reported strong sales of the unit in emerging markets such as India, and recently built a factory there to manufacture the device.

The Canalys report states that device diversity has been a key contributor to Apple’s growth in the smartphone market. Apple currently offers five different models of the iPhone ranging from $350 to $1000.


Facebook
Twitter
Pinterest
WhatsApp
Previous articleBest iOS app deals of the day! 6 paid iPhone apps for free for a limited time
Next articleStop those unwanted phone calls and learn how to block a number in Android

Some pragmatic and jarring changes are inbound.What you need to knowThe Last of Us is being adapted into an HBO
Read more
News