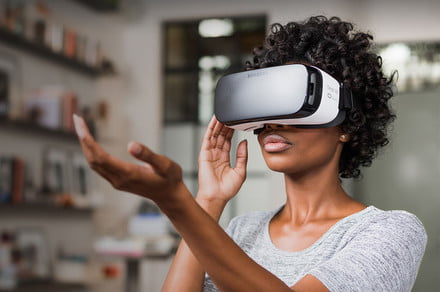 In today’s high-tech society, $100 can get you pretty far. The price of a quality laptop has plummeted, as have fitness trackers and other wearables. For less than the cost of all those morning coffees each month, you can now pick up a device that streams any content you might want to your TV, or a phenomenal ebook reader on which to reread select passages from your favorite guilty-pleasure novel. Point being: The best tech under $100 allows for endless possibilities.

You may not be able to achieve the pristine clarity of a 4K television or the robust processing power of the latest gaming rigs, but there’s no reason you can’t find something to satisfy your tech cravings without breaking the bank. Below are 15 of our favorite pieces of tech to be had for under $100 — shipping not included.

The big names in virtual reality — namely the Oculus Rift and HTC Vive — are still wildly unaffordable, but some smaller less expensive VR headsets are already a hit. Samsung’s Gear VR is the best of these, drawing on Oculus’ tech to provide a portable VR experience. The headset uses a Galaxy smartphone as a screen, so you’ll need to own one of the six compatible Samsung phones. The headset’s ergonomic design and foam lining make the act of wearing a large visor on your face as inconspicuous as possible. Developers are still experimenting with VR, so the quality of games and apps varies greatly, but the 2016 model has a much wider variety of games — a step up from the Gear VR 2015.

Nature, like a Greek god, can be both magnificent and cruel, and few things are crueler than sipping from a mountain stream only to swallow some nasty protozoa in the process. Thankfully, there exists a portable water purifier, perfect for any expedition or post-apocalyptic scenario. The Aquaovo Alter Ego Personal Water Filter removes harmful urban contaminants from untreated water while allowing beneficial trace minerals such as magnesium, calcium, and potassium to remain. The Alter Ego conveniently filters up to 750 liters of water without leaving an unsavory aftertaste. And the lightweight, BPA-free, squeezable design is perfect for camping or biking.

The second vinyl renaissance is surely upon us. You could easily spend $1,000 on a quality turntable, but Audio Technica’s AT-LP60 is perfect for the amateur audiophile, built with automatic operation in mind and catering to two speeds (33½ and 45 rpm). It has a built-in phono amplifier, a replaceable stylus, and smooth performance. All you have to do is place a record on the aluminum platter, press play, and listen to the iconic fuss and pops that defined a generation years before Apple was a tech company.

Amazon’s Echo Dot is a miniature voice assistant speaker that can connect to a number of apps, allowing it to control your home’s lights, fans, garage door, and thermostat. Not to mention, it can also play your favorite music and get a pizza delivered straight to your house. It uses far-field voice recognition so it can hear you from across the room, regardless of where it’s placed, and can learn your preferences, too. It will start to pick up on your speech patterns and vocabulary. For $50, it’s a cheaper alternative than some of its competitors.

Patozon’s budget headphones don’t have the bass of a pair of Beats, but they’re still a pleasure to the eyes and ears. The Mpow provide an accurate midrange sound for the price, with balanced 40mm drivers. With passive noise isolation and comfortable, leather earcups, the wireless headphones are best used in low-volume situations. The 13 hours of battery life also allow for marathon listening sessions, and the optional audio cable will ensure you can keep listening even if the batteries die.

It may not come loaded with 10 LEDs or the luxury of page-turning buttons like the Kindle Oasis; but if you’re in the market for an ebook reader, it still rocks. The most recent Kindle boasts more than enough memory and an updated processor, as well as a fantastic touchscreen display that lets you browse thousands of books with ease. Its software includes Goodreads integration and a vocabulary builder, only complimenting its marathon (30 day) battery life and comfortable design.

Available in a slew of different color combinations, the Olloclip capitalizes on the updated hardware and software powering the iPhone 7’s front and rear cameras. The unique devices adds lenses to both cameras at the same time. There’s both a 10x and 15x macro lens in addition to a standard wide-angle and fisheye lens. Best of all, you can attach the pocket-size lens kit using one of three wearable pendants — whether around your neck or on your bag.

Read more about the most recent Olloclip