Everything we know about Samsung’s Galaxy Note 7 recall 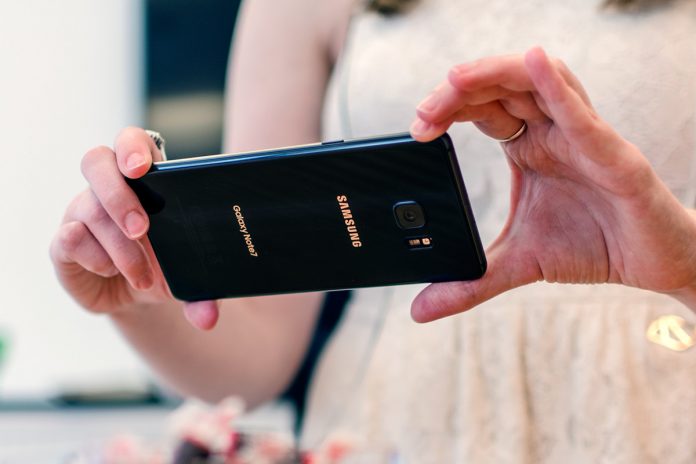 In January 2017, after a months-long independent investigation involving three quality-control and supply-chain analysis firms, Samsung completed its investigation into the cause of the Galaxy Note 7’s battery fire — and revealed the ultimate causes of the billion-dollar fiasco.

According to DJ Koh, the company’s chief mobile executive, there were problems with batteries from two different suppliers. Those sourced from Samsung’s own SDI division short-circuited as a result of damage to the separator, a component within lithium-ion batteries that prevents the negative and positive electrodes from coming into contact with each other and generating a dangerous amount of heat. Batteries from Hong Kong-based Amperex Technology, meanwhile, experienced failure as a result of protrusions in the battery and other quality issues that occurred when Samsung increased its order substantially.

“For customers, we have to develop innovation, but customer safety is the priority,” Koh said. “In the end, we can win the customers’ trust back.”

Here’s what you need to know. 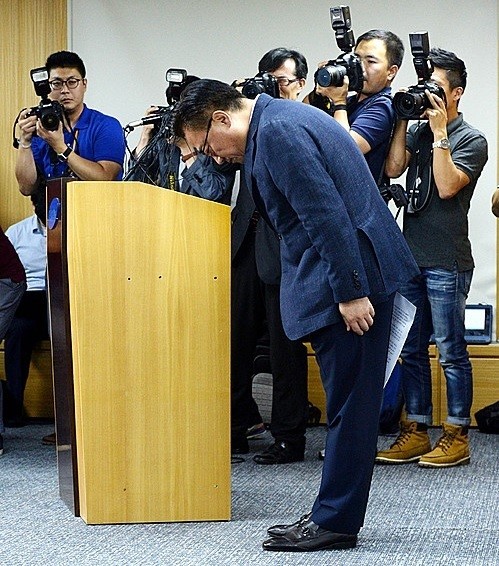 The Galaxy Note 7 as we knew it is long dead and gone, but a new variant of the ill-fated phone is now on its way. Named the Galaxy Note 7R, the brave new handset (which is to say, its buyers will be brave) is a refurbished version of the spontaneously combustible smartphone. The battery will be smaller than the original at 3,200mAh (the original was 3,500mAh), but otherwise will look very similar to its namesake.

When it becomes publicly available, the 7R will be priced around $600, though it won’t be for sale in the U.S. or Canada. But if rumors are to be believed, overseas carriers could be stocking the Galaxy Note 7R as early as June. The phone has officially passed through the FCC, so while you may not be chomping at the bit to get one just yet, it seems as though all systems are go.

Well folks, this is the end of the road. While Samsung and most carriers have all made various attempts at getting customers to return the Samsung Galaxy Note 7, there are still a few rogue units out there — so Samsung has to take a new approach.

The goal here is obvious — these new software updates will spell the end of the road for the Galaxy Note 7 once and for all.

Verizon takes a new approach to killing the Galaxy Note 7

Verizon is taking a new approach to ensuring customers stop using their Galaxy Note 7 — by forwarding all non-emergency calls to Verizon customers service. The new approach comes after an update that was supposed to render the phone completely useless, but some users seem to have evaded that update altogether.

“In spite of our best efforts, there are still customers using the recalled phones who have not returned or exchanged their Note 7 to the point of purchase,” said Verizon in an interview with Fortune. “The recalled Note 7s pose a safety risk to our customers and those around them.”

On top of the call forwarding, Verizon is also considering charging some users with the full retail cost of the phone — that’s because it seems as though Verizon issued refunds to some people even though they hadn’t returned the phone.

It’s important to note that the vast majority of people have indeed returned their device. However, it seems that Samsung and carriers won’t rest until all devices have been returned.

The Federal Aviation Administration has issued a statement saying airlines no longer have to notify passengers about bringing the Samsung Galaxy Note 7 on board. The ban is still in place, but airlines are not required to make a pre-boarding notification. It’s still up to airlines if they want to keep repeating the message or not, though.

“The Department of Transportation removed the requirement for air carriers to specifically notify passengers about the Note 7 phone immediately prior to boarding due to the high degree of public awareness of the ban since issuance of the emergency restriction/prohibition order, as well as the extensive efforts by Samsung and U.S. wireless providers to make all Note 7 users aware the phone is recalled and banned from transport on U.S. aircraft,” according to the statement.

Samsung says it has “successfully recalled” more than 96 percent of Note 7 devices.

T-Mobile is shutting down the Galaxy Note 7

T-Mobile is officially putting an end to the Galaxy Note 7. As promised, the company has started rolling out an update to Galaxy Note 7 devices on the T-Mobile network that disables the battery on the phone, rendering it unusable.

The changelog for the update says that it will offer an on-screen reminder to bring the device in for exchange, and that once it’s installed the phone will not be able to charge.

Samsung has confirmed that it will disable the Galaxy Note 7 in a software update set to begin rolling out December 19. “To further increase participation, a software update will be released starting on December 19 that will prevent U.S. Galaxy Note7 devices from charging and will eliminate their ability to work as mobile devices,” Samsung said in a statement. “If you have not yet returned your device, you should immediately power it down and contact your carrier to obtain a refund or exchange.”

The company said it’s working with carriers in the U.S. to notify customers at “multiple touchpoints” that they should return their Galaxy Note 7. And it reaffirmed that exchange incentives introduced earlier this year would remain in place.

Verizon has announced that Galaxy Note 7 devices on its network will start to receive the update a bit later, on January 5.

There’s no word yet on whether the company will extend the disabling of Galaxy Note 7s to additional countries, but it has employed other techniques. In Canada and Australia, for example, the phone is limited to a maximum battery capacity of 60 percent.

The following is a list of reported incidents so far, all involving Galaxy Note 7 phones that were replaced

Following this string of incidents, Samsung issued an official statement saying that it has asked all carriers to stop sales of the phone, and that all Galaxy Note 7 users should power down their phones and either get refunds or replace their device as soon as possible.

Before that, an official at a supplier for Samsung told a Korean news agency that production had been temporarily halted. “This measure includes a Samsung plant in Vietnam that is responsible for global shipments,” the official said. The move follows the decision of U.S. carriers AT&T, Verizon, and T-Mobile to temporarily suspend the phone’s sales.

The crisis began in late August, but reached a head on September 15, when the CPSC, the federal agency charged with overseeing product reports and alerts, issued a formal recall of the more than 1 million Note 7 devices shipped to consumers in the U.S.

Since the recall, Samsung had begun issuing replacement phones. But even those have issues: A replacement phone caught fire aboard a Southwest airlines flight on Oct 5. And on October 7, a woman in Taiwan suffered a scare of her own while walking her dog in a local park when she heard a bang from her jeans pocket. She discovered that her Galaxy Note 7 was emitting smoke. She claims to have replaced her original Samsung device on September 27.

On Friday, 13-year-old Minnesota resident Abby Zuis discovered her replacement Note 7 was no safer than the original. She told local newscasters that she felt a “weird, burning sensation” in her thumb while holding the phone, ultimately suffering a minor burn as a result of the fiery Samsung device.

Most damning is the report that a replacement Galaxy Note 7 caught on fire, and that Samsung knew about it and withheld everything from customers. Kentucky resident Michael Klering told a local news station that he awoke at 4 a.m. on October 4 and realized his new phone had spontaneously combusted and filled his entire bedroom with smoke. Klerig wound up in the hospital with smoke-induced acute bronchitis.

“The phone is supposed to be the replacement, so you would have thought it would be safe,” he told WKYT. “It wasn’t plugged in. It wasn’t anything, it was just sitting there.”

When Klering reported the incident to Samsung, he accidentally received a horrifying text response from a company representative clearly not meant for him:”Just now got this. I can try and slow him down if we think it will matter, or we just let him do what he keeps threatening to do and see if he does it.”

Digital Trends reached out to Klering and we are waiting to hear back.

A fifth replacement Galaxy Note 7 in the U.S. reportedly caught fire over the weekend: Shawn Minter of Virginia reached out to The Verge when his replacement, just over two weeks old, caught fire on his nightstand in the wee hours of the morning.

“My Galaxy Note 7 replacement phone just burst into flames,” Minter said in his emailed statement. “It filled my bedroom with a smoke. The same as the Kentucky man. I woke up in complete panic.”

Under no circumstances should you buy a Galaxy Note 7, or continue using one that you already have.

Most Memorial Day sales are now over, but Marshall still has a discount available on its flagship Major III Bluetooth
Read more
News

ARPGs — or action role-playing games — are a fantastic genre, including such greats as the Diablo series. Though the
Read more
News

Do you wish companies would stop re-designing their phones every year?

Having a chat with the AC forums.The Android smartphone market is one that can be difficult to keep up with.
Read more

Most Memorial Day sales are now over, but Marshall still has a discount available on its flagship Major III Bluetooth
Read more

ARPGs — or action role-playing games — are a fantastic genre, including such greats as the Diablo series. Though the
Read more

Do you wish companies would stop re-designing their phones every year?

Having a chat with the AC forums.The Android smartphone market is one that can be difficult to keep up with.
Read more

Here's the lowdown on Samsung's newest Note.Every year, there are certain phones we just can't help but get excited about
Read more