HomeNewsDoes the type of device you use affect your problem-solving skills? Study...
News

Does the type of device you use affect your problem-solving skills? Study says yes 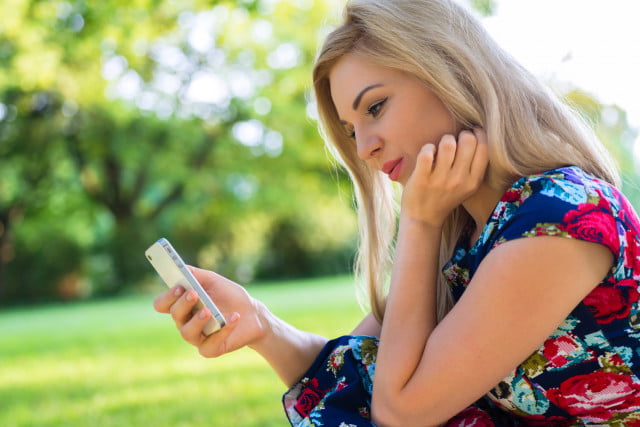 There’s real evidence that suggests you think differently with a smartphone in your hands than with a mouse and keyboard at your fingertips.

Here’s some food for thought: What if the type of device you use affects your problem-solving skills? Research published in the journal Computers in Human Behavior suggests it just might. Specifically, smartphone users have been found to exhibit more rational, utilitarian decision-making, while their counterparts on PC were found to let emotions undermine their logic more frequently.

In the experiment, roughly 1,000 subjects were asked to decide between two possible outcomes of a moral dilemma. Some were assigned a smartphone to make their judgment call, while others were on a computer. The dilemma took the form of the classic “Trolley Problem,” in which a train is about to hit multiple workers, and the subject is asked if they would divert the train to instead kill one individual rather than several.

There were a few modifications made to the question. In the first trial, subjects could save five workers by pushing one man off a bridge and onto the tracks well before it reached the workers. In another, the subject could pull a switch forcing the train to change tracks, where there would be only one victim instead of five.

In both cases, smartphone users exhibited a higher propensity to choose the utilitarian option — the killing of one to save many — over what researchers termed the deontological response, which would prohibit killing of any nature, regardless of the circumstances.

Not surprisingly, significantly more subjects opted to pull the switch than push the man off the bridge. Regarding the switch question, 81 percent of smartphone users took action, compared to 77 percent of PC users. For the other dilemma, the gulf was a bit wider: 34 percent of phone respondents decided to sacrifice the man’s life, while 22 percent of subjects on computers elected to do the same. As the study states, the act of pulling the switch is considered to be much less emotionally aversive.

So how can we explain the difference? What is it about smartphones that make us into unfeeling, less emotionally driven actors? According to the study, it’s all about the lack of distractions.

The researchers conclude that the digital context of smartphone use is one of time pressure, which facilitates more rash decision making. Smartphones also focus our attention on the task at hand, and cause us to filter out secondary cues much more effectively. Without the time and multitasking resources to consider all the options available, we yield to the numbers argument. On the other hand, experts say computers grant us those luxuries, and thus make moral decisions more challenging by opening the door to increased emotional sway.

As technology bears an increasing influence over our everyday lives, there’s never been a more crucial time to study its effects on how we conduct ourselves — and how different devices and uses might complicate matters further.


Facebook
Twitter
Pinterest
WhatsApp
Previous articleCheck out 30 of the best iPhone 7 cases and covers for your shiny new phone
Next articleDoes the type of device you use affect your problem-solving skills? Study says yes
- Advertisment -