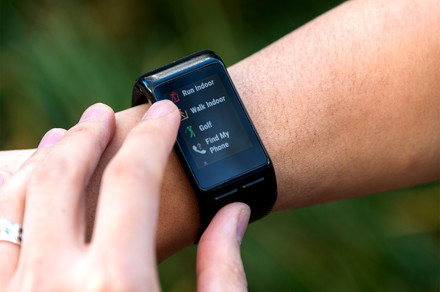 The addition of SmartThings compatibility makes Garmin’s Connect IQ platform an even more powerful one — not just for fitness, but for everyday life.

Garmin kicked off its Connect IQ Developer Summit in its home state of Kansas this week, and one of the more noteworthy announcements to come out of the conference about the company’s new partnership with Samsung SmartThings automation.

A just-released SmartThings app has been made available for the 5 million Connect IQ devices in the wild, allowing users to control various smart devices in their home, from televisions to locks and thermostats. You can also execute automated routines to, say, turn on your coffee maker and lights when you wake up in the morning.

According to Garmin, this is only one of several new features on the way to Connect IQ, with the rest slated to arrive as part of the forthcoming 2.3 update. The release will bring Always Active watch faces that never turn off to select devices, such as the Fenix 5 series and Forerunner 935. Another addition, Action Intelligence, will open doors for developers, allowing them to use a greater range of data collected by the devices’ built-in sensors. Garmin says this paves the way for measuring everything from tennis swings to punching power for boxers, as well as rep counting.

There’s also the introduction of background services, which will let apps periodically update while the device is idle. According to Garmin, this means future watch faces will have the capability to display more varied, informative, and up-to-date complications than previously possible on Connect IQ — especially when paired with the Always Active display.

Although Connect IQ 2.3 will add features Garmin surely hopes to see developers take advantage of, Connect IQ-powered devices only make up a portion of the company’s roster of wearables. Last week, Garmin unveiled its Vivosmart 3 fitness tracker, which does not run Connect IQ, but does feature some of the activity tracking and rep-counting features that will soon make their way to the platform.