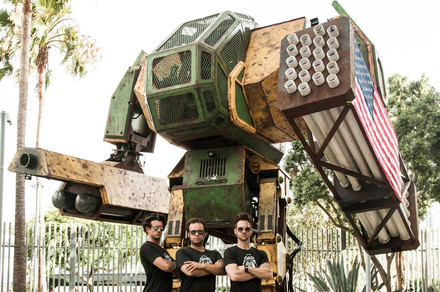 Forget Samsung’s Galaxy S8 vs. the tenth-anniversary iPhone! Who cares about a nuanced discussion comparing the necessity for big data-driven surveillance and the importance of privacy and strong encryption? What kind of puny, pencil-necked geek spends time pondering the relative pros and cons of logic-based artificial intelligence and statistical AI?

If you’re a red-blooded, testosterone-pumping tech fan who likes your gear served up with a thick-crusted slice of pro wrestling pageantry, the only confrontation that matters this year is the one pitting Californian robotics company Megabots against Japanese robotics company Suidobashi in a totally awesome robot duel that’s been years in the making.

More: Method-1 mech is your sci-fi fantasy come to life

Set to finally take place this August (an announcement made this week), the date is the culmination of thousands of hours both companies have spent building giant human-driven mech robots — you know, like those things out of Mobile Suit Gundam Wing.

Now they’re going to do what any self-respecting big kid would do when playing with kickass action figures: bash them against each other until a clear victor has emerged. In short, Megabots and Suidobashi’s creators are here to kick ass, chew bubblegum, and do some wicked engineering. And they’re both all out of bubble gum.

“In 2015, we challenged Suidobashi Heavy Industries to a Giant Robot Duel between our existing Mark II robot and their KURATAS robot,” Gui Cavalcanti, CEO and co-founder of Megabots told Digital Trends. “They accepted the challenge, and upped the ante to include hand-to-hand combat. We tested the Mark II to see if it would survive in combat. The robot would but we, the pilots, wouldn’t.” 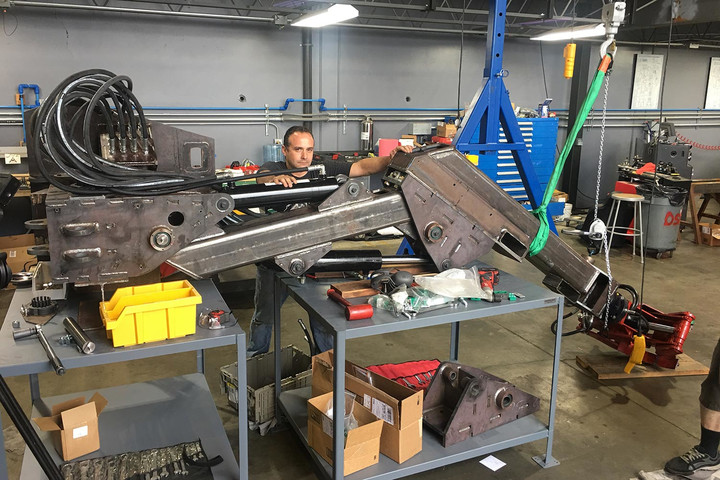 Like a Rocky training montage, Cavalcanti and his team went back to the drawing board for a rethink, and emerged with the Mark III robot.

This wasn’t always straightforward. As it turns out, bringing a giant mech to heaving, servo-assisted life isn’t as easy as you might imagine.

“Our biggest challenges have been suppliers, systems integration, and logistics,” Cavalcanti continued. “The Mk. III includes about $800,000 worth of off-the-shelf and custom parts, that we often order in gigantic bulk orders. Simply getting high-quality parts in the door reliably has been a huge issue for us. Integrating all those parts into a cohesive system has been really challenging. We have about 3,000 wires on the robot, around 300 hydraulic hoses, 26 of the fastest hydraulic valves in the world, and a 430 horsepower gas engine that wants to be in a car and not a robot. Getting all of those to play nice has been a long process.”

There was also that boring old stuff about logistics that turns out to be totally important, too. It’s a bit like those old road stories with professional wrestler Andre the Giant where body slamming fools wasn’t half as challenging as finding a hotel bathroom that could accommodate his 6’11, 500 pound frame.

We’ve had to change our designs in fundamental ways to allow them to be shipped nationally and internationally.

Still, the results have been worth it — since the team’s Mark III robot is a seismic upgrade over its predecessor. As far as tales of the tape go, it weighs 12 tons instead of six, and towers in at 16 feet instead of 15. In short, Cavalcanti said it was, “designed for hand-to-hand combat from the ground up.”

So onto the final question, then, which is why — with so many astonishing advances in robotics — should this all be settled in a duel?

“Because there’s a 50-year-long tradition in most world cultures of science fiction depicting giant robots fighting,” Cavalcanti said. “When we show our robot to people who haven’t heard of us, the reaction is always ‘Oh! I saw that in…’ and then they list any of 60 or 70 different video games, movies, [or] animated shows that feature giant robots fighting. We’re trying to bring the fantasies of sci-fi fans around the world to life.”

You can’t say fairer than that! We just hope Suidobashi is ready…