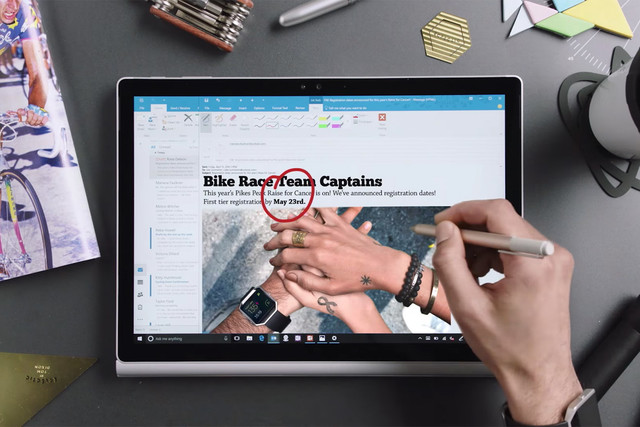 Microsoft’s new Creator’s Update puts an emphasis on 3D Paint, as well as enhancements to the Edge browser. Look a little closer, though, and a sleeper feature waits in the wings which Microsoft says could transform 2-in-1 tablets, and become a go-to tool for students.

Windows Ink, which provides a rich feature suite for those using an active stylus, is rolling out to more and more devices, and Microsoft seems to think the latter half of 2017 will be its time to shine.

More: Close to the Metal Ep. 37: Does the Windows 10 Creators Update live up to its name?

Bringing Ink to everyone

Microsoft believes Ink’s continued relevance is as much a matter of availability as capability. Progress on new features has not stalled, but the real focus seems to be on bringing existing features to a wider audience. That audience, it appears, will be made up of a whole bunch of students. But to do that, they’ll need to make Windows Ink accessible in hardware that students can afford.

Peter Han, VP of Partner Device Solutions at Microsoft, told Digital Trends that “By back-to-school 2017, we will see 60 percent of tablets and 2-in-1s with that inking capability,” meaning those devices will be Windows Ink compatible. That’s a substantial chunk of hardware, as the 2-in-1 itself is the fastest growing category of PC sold today. 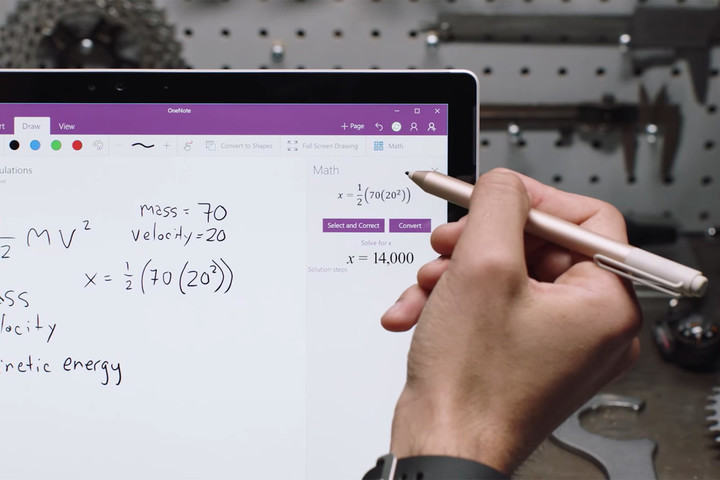 The timing, of course, is purposeful. Jerry Koh, Partner Group Program Manager at Microsoft, thinks students are the perfect fit for Ink’s capabilities. “You’ll see more emphasis on this kind of broad spectrum of pen devices to target users going back to school,” he said, adding that “It’s a great use case. Students want to take notes. They still use a lot more pen and paper than they’d want to.”

While the features of Ink fit what students need, pricing has proven a barrier. Han thinks that Microsoft can handle that. He told us Microsoft’s partners will “be bringing [Ink] all the way down even into very affordable, sub-$300 education devices. It’s very open, very democratic, very big-tent.” Koh supported that, and made a point to note this is a goal for the 2017 back-to-school season. ““It’s not the next couple of years,” he told us. “It’s happening now.”

Bringing Ink to affordable price points in the 2017 back-to-school season is not a goal just settled on. Both the company’s representatives told us Microsoft is, and has been, working much more closely with OEMs than a half-decade ago. Han went into detail, and told us “What we’ve evolved with the OEMs is a rolling 20-month calendar, where we’re looking five or six selling seasons in advance, and saying we know we’re building for this feature, we know we’re going to market that feature.”

“Windows Inking capability is a great example of that,” he continued. “We’ve targeted this on OEM roadmaps for well over a year, and they’ve obviously had to make some hardware investments.”

It’s not just the Ink software that’s a part of that cooperation, but also the details of hardware that makes smooth use of Ink possible. “We’ve been working hard to share a lot of technology with the eco-system,” Han told us. “We built the Surface Pen technology in-house, and that technology is something that in the past that our partner teams have not had access to. But that, since the Anniversary update, has changed.”

That makes Han optimistic about the potential for affordable devices that are also great to use. “The more suppliers can build the same sort of technology, the better the economy of scale. We don’t think that the component prices really are the barrier. The interesting thing now is really whether an OEM partner can put together a device at the right price, to target the right market.” This attitude suggests that Microsoft has a lot of confidence in its hardware partners.

The phrase “Windows magic” underlines how bullish Microsoft is on the prospect of affordable Ink devices. It not only believes that they’re possible, but also that they can deliver a solid experience on systems far more affordable than the Surface Pros, ThinkPads, and Spectres that currently serve as the flagships of stylus use.

If the magic does come to market as planned, it could prove a major turning point for Windows 10. We’ve long been a proponent of the operating system at Digital Trends, but mostly for its desktop features instead of its touch and stylus support. Releasing a new wave of mid-range devices with Windows Ink support could go a long way towards making the feature feel relevant to everyone.