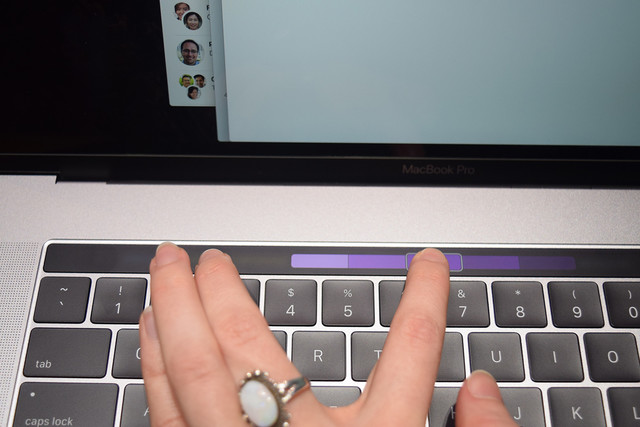 If Apple is preparing to introduce a stand-alone keyboard with a Touch Bar, expect context-sensitive function keys to become a prominent feature of MacOS.

Last year, Apple made some major changes to the MacBook Pro, not least of which is the addition of an OLED Touch Bar that grants users access to context-sensitive function keys. Now, there’s evidence that this same functionality might be transferred to the company’s stand-alone Magic Keyboard.

A new patent application submitted by Apple last week suggests that the company has some ambition to offer a Magic Keyboard that’s fitted with a Touch Bar. Illustrations included in the application depict a laptop keyboard and a stand-alone keyboard, both bearing an OLED strip, according to a report from 9t05Mac.

This isn’t confirmation that the next Magic Keyboard will feature a Touch Bar, but it at least demonstrates that Apple is weighing its options and planning accordingly. Response to the Touch Bar being added to the MacBook Pro was mixed, but most would agree that the idea has potential.

More: Apple aficionado, huh? Here are 20 games you need to play on your Mac

A stand-alone keyboard with a Touch Bar would allow a whole new sector of users to take advantage of its benefits. Currently, the hardware component is exclusive to the MacBook Pro line, which means that users who work with an Apple desktop have no way of introducing it to their setups.

If the Touch Bar was available as part of a peripheral, a much broader swathe of the wider Apple ecosystem would be able to utilize it. In turn, this would encourage developers to make sure that their software makes full use of its abilities.

Apple has been interested in a keyboard with this kind of functionality for some time. In October 2016, it was widely reported that the company was in talks with Sonder, an Australian startup responsible for a line of keyboards that use E Ink display technology to produce reactive, customizable keys.