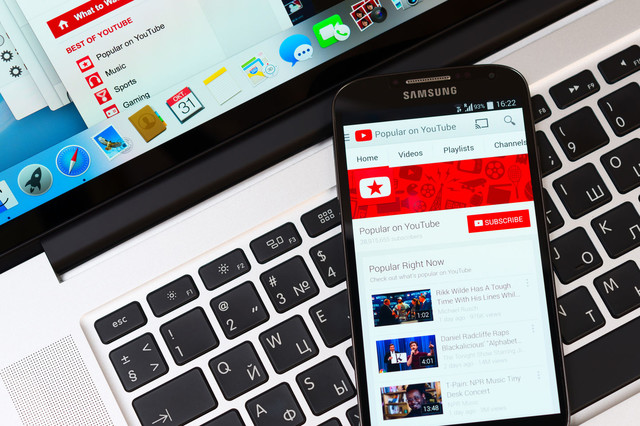 The average American watches over five hours of TV every day — but YouTube’s latest statistics show users are tuning in longer online than ever before.

If one person watched what all YouTube visitors consume in a day, it would take about 100,000 years. On Monday, YouTube shared a viewer stat milestone — a billion hours watched every day.

A few years ago, the video platform started tracking not just the number of times a video is viewed, but how much time viewers spent on each video. The statistic, at the time, was designed to help determine who liked a video well enough to actually finish it, and not just tally up the number of times someone started watching.

Now, that metric shows YouTube viewers are consuming an average of one billion hours every day. According to YouTube’s blog post, a single person would have to watch for 100,000 years to consume the same amount of video. That’s roughly how long it would take to travel from one end of the Milky Way to the other — if you traveled at the speed of light.

“That’s the great thing about this milestone,” Cristos Goodrow, VP of engineering at YouTube, wrote. “It represents the enjoyment of the fantastically diverse videos that creative people make every single day. Around the world, people are spending a billion hours every day rewarding their curiosity, discovering great music, keeping up with the news, connecting with their favorite personalities, or catching up with the latest trend.”

Just how long users watch is also likely a factor in the platform’s artificially intelligent search program that was rolled out last spring. Refined artificial intelligence programs track what users watch and flag patterns, improving the list of recommended videos.

The latest shared user count was over a billion users for YouTube — or nearly a third of total web users, according to the latest stats. YouTube is now in 76 different languages, with local versions available in 88 countries.