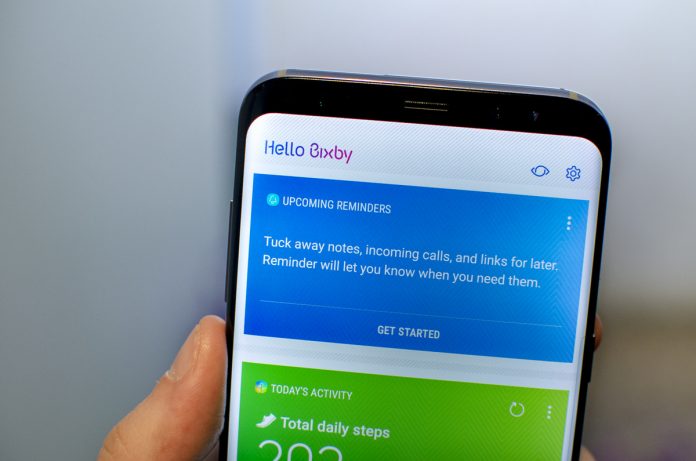 Bixby, Samsung’s new artificially intelligent assistant, will come installed on the new Galaxy S8 and S8 Plus, and it’s proof we should never believe the hype. Samsung has made such a big deal about the potential of AI — from the purchase of AI experts Viv Labs to the early announcement of Bixby itself; it has built up some huge expectations.

None of which have been fulfilled at the Galaxy S8’s launch, the first product Bixby will call home. Although it has been presented as a feature that will enable a world of cool things in the future, it came across more half-baked, filled with features already available elsewhere, that isn’t close to being ready for the public. This was further compounded by almost no demonstrations of Bixby’s voice functions at the launch event.

More: Read our first take impressions of the Galaxy S8

This is a massive problem. If you believed the hype, you need to be prepared for disappointment, and Samsung needs to prepare itself for Bixby’s obsolesce if it doesn’t turn it around in the very near future.

What does Bixby actually do? 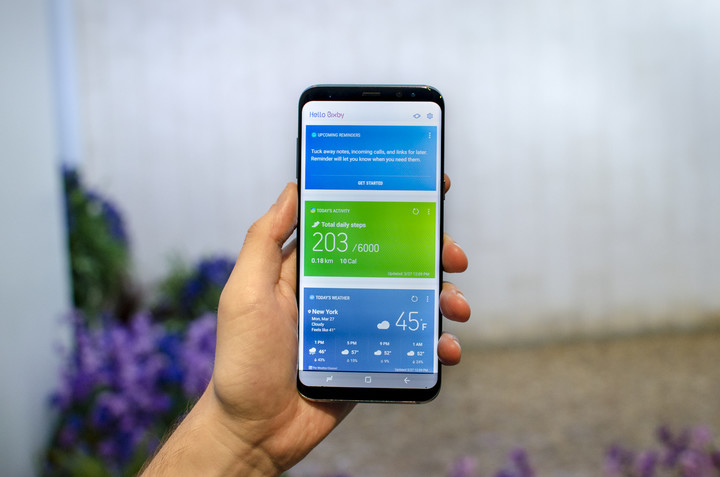 This is an excellent question. Bixby integrates with 10 Samsung apps on the Galaxy S8, and seeing as that list includes Samsung’s Themes app — we’ve never wanted voice search there — we’re going to call it nine. That means no support for apps you probably use most often. The only third-party app support announced was Google Play Music, where Bixby can be asked to play a particular track — though Samsung never mentioned when that integration would roll out. So the answer to the question of what can it do is not much at the moment, unless you’re using Samsung’s apps.

Bixby is a voice assistant that really doesn’t want to be spoken to in the way you speak to Siri or Google Assistant. There’s a button on the side of the Galaxy S8 that must be pressed to wake up Bixby. In an interesting twist, Bixby wants to talk only to you, rather than the world around you, and is designed to chat away through the phone’s earpiece when it’s held to your ear. A bonus for privacy and the embarrassment factor of virtual assistants, but a fail for ergonomics. Lift the phone to your ear, then down again to tap the screen, then up again to listen to a response ad infinitum.

This odd way of interacting with Bixby continues. Samsung gave the example of asking Bixby to find a photo to share with friends, editing it, and sending it. That’s cool, except it’s broken up by you using the phone to edit the photo, and actually sending it. Bixby’s role in the process is minimal, and almost certainly won’t save time or effort. So why would we use it? Bixby’s like an extra step in the process we don’t actually need.

Google Assistant, and a hundred other apps 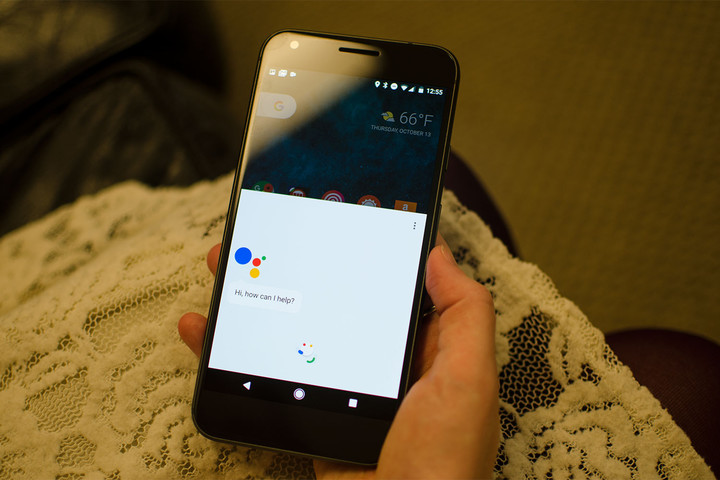 If Bixby isn’t useful immediately, it runs the risk of being forgotten by Galaxy S8 owners and instantly replaced by Google Assistant. Google’s own AI is also installed on the Galaxy S8, and is a more well-rounded, more useful tool. Add Assistant to the wealth of apps out there that can duplicate Bixby’s functionality, and you can do all the things you wish Bixby could do from the beginning, without bothering Bixby at all.

Samsung showed off how Bixby will integrate with the camera to identify items in the real world, and lead you to places online where you can buy or investigate them further. It’s like Google Goggles, or Pinterest’s visual search tool — in fact, it uses Pinterest’s Lens tool to help identify objects. It’s one of those “visions of the future” tools that sounds brilliant in principle, but requires a massive amount of data and crucial partnerships to operate usefully. When I show Bixby a bike I love, I want to know it’s a Specialized Roubaix Elite, not “generic bike” available only from Dave’s Bike Emporium. What partnerships did Samsung announce? None. Goggles is another of those cool Google products that has been forgotten, and perhaps there’s a good reason for that.

The camera is important to Bixby’s functionality elsewhere, but it doesn’t offer anything we haven’t seen before. It’ll recognize wine labels to make recommendations, thanks to a partnership with Vivino, and it’ll translate text into another language, just like Google Translate. It’ll remind you of your schedule, and provide other alerts, just like Google Now and Google Assistant. There’s no compelling feature to make you want to use Bixby yet. 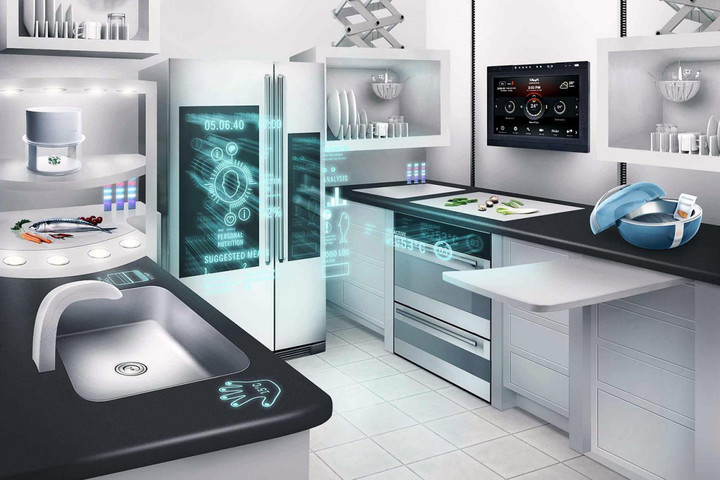 This is where Bixby will suddenly become useful, at least, potentially. One day, you’ll be able to ask Bixby to turn on the lights in your house, your multi-room audio, and change channel on your TV. That makes Bixby part of the Internet of Things, and that’s where everything falls down. The Internet of Things is difficult to explain, complicated to promote, and nigh-on impossible to convince people they should actually use it, or to invest any money in it. Mainly thanks to the fragmentation, something that Samsung is contributing to even further with Bixby.

We do know you’ll have to own SmartThings-supported products to really make the most out of the assistant. Yes, welcome to the Bixby ecosystem. It’s the same deal as Amazon Echo, Google Home, Philips Hue, Samsung’s own SmartThings, and the hundreds of other confusing systems promising to revolutionize our homes.

Bixby needed to really impress, because it’s up against some considerably well-established products with wider appeal that don’t depend on you always owning a Samsung phone or buying Samsung products. Google Assistant works with Google Home, many Android phones, your Android Wear watch, and your Android TV. It’s more useful right at this minute, let alone in the near future. Samsung hasn’t even released a software developer kit for Bixby yet, so third-party app support is a long way off.

It’s clear Bixby as we see it here is only the beginning, and before the year is out, it may have transformed into something more useful. It will inevitably be included on more Samsung phones, and in other Samsung products; but the Korean company’s track record with going off on its own isn’t good. Just look at Tizen, or its Milk music app for proof. Big ambitions, little actual impact.

For now, Bixby is most definitely not a reason to buy the Galaxy S8. If nothing changes when the Note 8 (or whatever the next phone will be called) arrives, or a catalog of apps are rapidly introduced with support, it won’t be Bixby anymore, it’ll be Bixbye.

With the announcement of the new Apple iPad Air 4, we compare it across six core areas with the iPad Mini to see which of these tablets you should pick up.
Read more

Nvidia revealed that the RTX 3090 will deliver 15% better performance than its GeForce RTX 3080 flagship this year. If you want one, be sure to pre-order.
Read more

It means all four UK nations now have a COVID-19 app.What you need to knowThe NHS has released its COVID-19
Read more