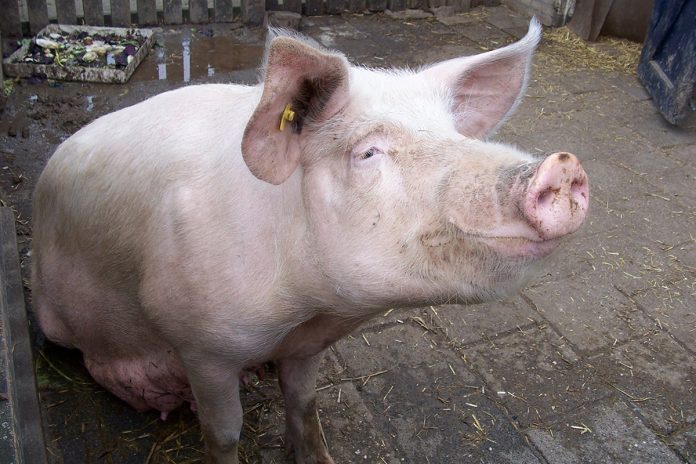 With the powerful new tool CRISPR, scientists are editing out disease susceptibility, one gene at a time.

Scientists think they have edited made pigs resistant to a billion-dollar virus by editing susceptibility out of the genome.

Using a revolutionary new tool called CRISPR/Cas9, the team of researchers from the University of Edinburgh’s Roslin Institute in Scotland, and animal biotech company Genus have create piglets that lack a portion of the gene that makes them susceptible to Porcine Reproductive and Respiratory Syndrome (PRRS). They published a paper detailing their work last week in the journal PLOS Pathogens.

“The PRRS virus is one of the most problematic diseases in pork production, and is not well controlled by traditional methods such as vaccines and medications,” Jonathan Lightner, chief scientific officer for Genus, told Digital Trends. “The impacts of the disease for producers are often devastating, and the impacts on the animals themselves are terrible as well.”

For pigs, PRRS can cause miscarriages and severe breathing problems. For pig farmers, Every year, the disease costs nearly $1.6 billion every year in Europe alone.

Lab tests conducted on cells with the modified gene so far show that the cells resist infection when exposed to the PRRS virus. Next steps will entail testing resistance in the pigs themselves.

Previous studies led by Genus created pigs that lacked the entire CD163 gene, through which the virus is able to infect the animal. In this study, the researchers have refined their edit and only removed the small portion of the CD163 gene that interacts with the virus.

More: We might be closer than ever to using CRISPR to cure diseases

The research was made possible thanks to CRISPR, a relatively new tool that lets scientists add traits to an animal without having to introduce foreign DNA, by making exact edits to specific gene locations.

“CRISPR has made it simpler and faster to make the sorts of very precise changes to genes like those described in the paper with Roslin,” Lightner said. “These precise changes could be made in the past, with other gene editing reagents, but often were very challenging to create, and progress took many years. Today these changes can be made quickly and precisely on timescales of many months, rather than years or even longer.”