The cellular PC will be a new kind of always-connected, highly portable Windows 10 machine, and it’s coming in 2017.

One of Microsoft’s more exciting announcements at its 2016 WinHEC conference was that Windows 10 will run on ARM processors, breaking Intel’s lock on the platform. This isn’t the smartphone-focused Windows 10 Mobile or the severely limited Windows RT, either, but the same version of Windows 10 that runs on PCs.

Not only will Windows 10 run on ARM processors, but full desktop apps like Office 2016 and Adobe Photoshop will run on them as well. By various accounts, Windows 10 will first arrive on Qualcomm’s Snapdragon 835 processor sometime in late 2017, and that company has offered up some additional details, as PC World reports.

More: Supply channels hint that ARM-based Windows 10 machines are due in 2017

ARM support for Windows 10 is important because it makes a wider range of device types possible. ARM processors are usually more power-efficient than Intel’s PC processors, and system-on-chip (SoC) solutions like the Snapdragon 835 include cellular communications and LTE data connectivity built-in. Because battery life is improved, smaller devices can be designed that perform well and still last a reasonable time on a single charge. 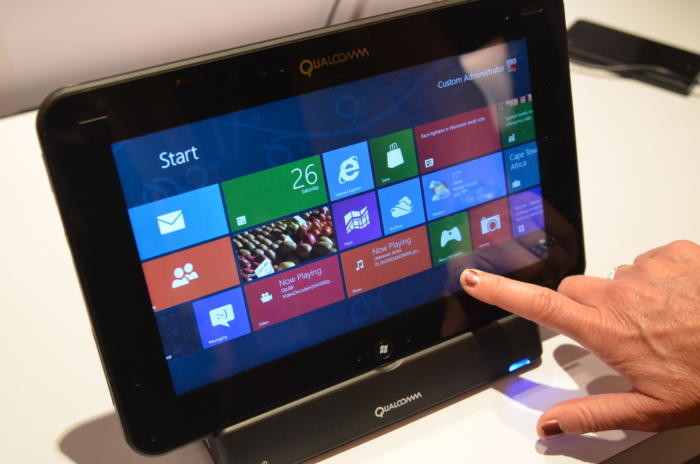 In fact, Microsoft and Qualcomm have already collaborated on a new “cellular PC” concept that will bring extremely thin and light PC notebooks with LTE data. By all accounts, the Snapdragon 835 will be fast enough to support both the core Windows 10 operating system and the emulation engine that will allow it to run full desktop Windows applications.

According to Qualcomm, a number of major PC manufacturers are on board, with a number of Windows 10 machines set to use the Snapdragon 835 SoC arriving later in 2017. These will be midrange devices in terms of price, and there won’t be that many of them. As Keith Kressin, Qualcomm’s senior vice president or product management, puts it, “It’ll start, and you’ll see more headed into 2018 and 2019. It’s a patient move into the market, and establishing a new value proposition.”

While nobody expects these ARM-based Windows 10 machines to perform like high-end Intel-based PC gaming systems and workstations, they should provide good enough performance for the majority of productivity and general computing tasks. It’s reasonable to expect cellular PCs to arrive at some point in smartphone-sized packages, which would seem to describe Microsoft’s Surface Phone concept. If Microsoft extends its Windows 10 Mobile Continuum concept to running desktop apps when the smallest cellular PCs are attached to external displays, keyboards, and mice, then the holy grail of a single computing device that can meet all of a user’s computing needs could eventually be realized.

Other possibilities include support for Windows 10 Holographic, for virtual reality (VR) applications based on the new VR and mixed-reality capabilities built into Windows 10 Creators Update. The Snapdragon 835 supports the majority of PC components such as USB, and cellular PCs should enjoy robust peripheral support as a result.

The details remain sketchy, but Qualcomm and Microsoft are clearly committed to bringing new power-efficient, thin, and light Windows 10 machines to the market starting in late 2017. With full support for Windows desktop applications, the new cellular PC platform should avoid the Windows RT debacle that saw Microsoft’s original Surface PC fail in the market, while ushering in a new kind of PC that lets users work anywhere without compromise.