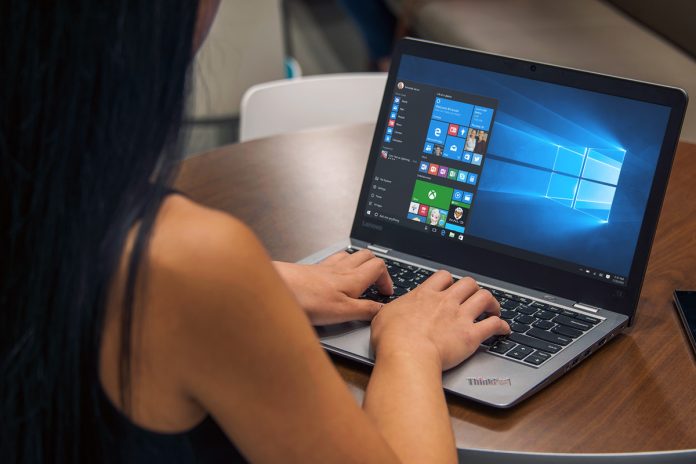 If you’ve read our full write-up on the Windows 10 Creators Update, you may have noticed that the landmark features weren’t what stood out to us. Gaming mode didn’t provide much of a performance boost at all, Paint 3D is still a mess, and the holographic and mixed reality support is conspicuously absent, as far as we can tell.

Instead, it was the minor changes that impressed us. Small updates to interface, functionality, and existing infrastructure can have a huge positive impact on a system’s everyday usability.

Lately people have become more aware of the fact that blue light before bed can cause sleep issues. It’s harder on your eyes, and your brain. Programs like f.lux naturally filter out blue light and change the white balance of your screen in coordination with the sun rising and setting, helping you keep a more regular sleep schedule.

In response to this growing trend, Microsoft went ahead and built the functionality into the Creators Update. It’s called Night Light, and you can turn it on or off in the Display settings. Dig a little further in, and you’ll also find settings for how much tint you want applied, with an option to set the time yourself, or lock it to sunrise and sunset, assuming you have location services enabled.

It works well enough, although it lacks the grace of f.lux, which allows you to set and manage a curve across the whole day, rather than just flipping a switch at sunset. There’s also no quick way to turn off Night Light without going into the settings, where other applications let you suspend or manage your tint from the taskbar. Still, it’s a nice option that may encourage more people to seek other blue light-limiting options.

Progress continues apace on Microsoft’s new Edge browser, and it’s starting to take shape into a modern competitor. The Creators Update packed in some useful features, including a session management mode that lets you set aside a browsing session and pick it up on another machine or Windows Phone. 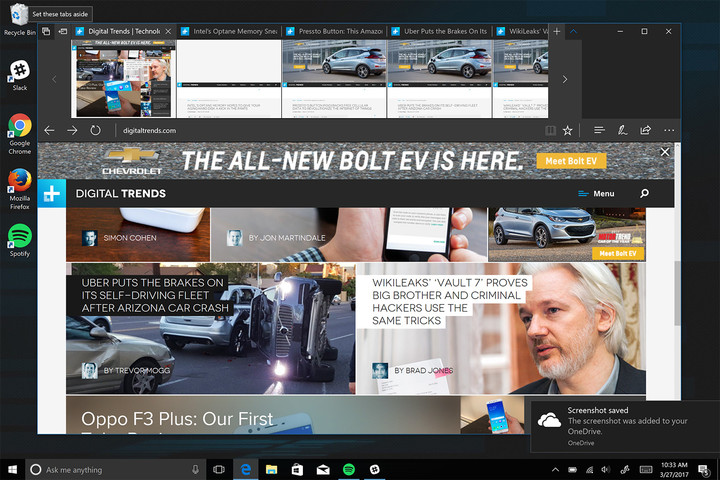 Support for other features is still in its fledgling stages, but extensions are making their way into the browser, which is good news for users potentially looking to lose Chrome or Firefox. Not that we think people will be rushing to abandon their favorite browser in favor of Edge, but it’s a closer fight than ever before, and with continued updates and support, Edge could easily become a viable option as a daily driver.

Streaming gameplay to live services like Twitch.tv and YouTube Gaming is quickly becoming more popular, but the most common applications aren’t exactly easy to use. OBS is free, but has a steep learning curve, and you must learn about encoding settings and proper bitrate to achieve decent quality output. Microsoft has stepped in with a swath of new gaming features for the Creators Update, but easy game streaming is our favorite.

It couldn’t be easier. Simply launch your favorite game, open the Game Bar, and hit Broadcast

It couldn’t be easier. Simply launch your favorite game, open the Game Bar, and hit Broadcast. There’s a catch, of course, in that the built-in streaming solution will only broadcast to Beam, a relatively unknown service owned by Microsoft. If you don’t have an account already, and you’re signed into a linked Microsoft account, a Beam account will be automatically created for you.

The issue isn’t with the streaming aspect itself, which couldn’t be easier to setup and get rolling. Instead, the issue is with Beam, which doesn’t have nearly the user base of the more common game streaming services. It’s a solid option for showing a few friends what you’re playing, but it’s not a platform you could build a career on, at least not yet.

In addition to the Night Light, Microsoft has rolled several interface improvements into the Creators Update. You can now alter the color scheme of the edges of your windows and highlight colors, set custom colors, toggle transparency effects, and even apply themes that package together all your personalization settings into modes you can switch between. 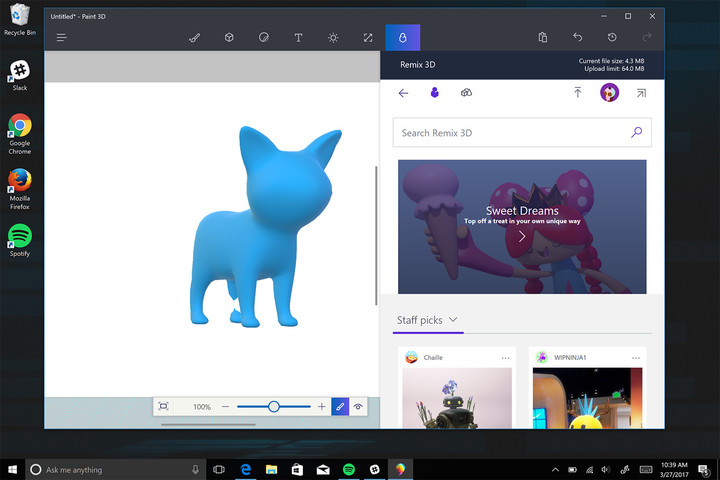 Okay, so it might not be the groundbreaking feature you were looking for, but it’s a nice touch that continues to improve Windows 10’s everyday usability and aesthetic appeal. It is, after all, the Creators Update, so there had to be some artistic qualities to it, right?

Keep it secret, keep it safe

Windows 10’s initial launch was plagued by concerns of overreaching telemetry and reporting that was happening under the hood. Microsoft tried to assuage concerns by reminding people they had to opt in as they installed the OS, but the sentiment has carried on unabated. The Creators Update adds new features and descriptions to the privacy settings, allowing users to take more acute control of their data while keeping track of what Microsoft is seeing.

It still might not be specific or detailed enough to appease power users, but at least casual Windows fans will be able to easily see what’s being shared with Redmond, and what’s being kept on their system. The settings page includes easy links out to Microsoft pages that also let you make decisions about the files in your OneDrive, and the security settings you use in browsers that aren’t Edge.