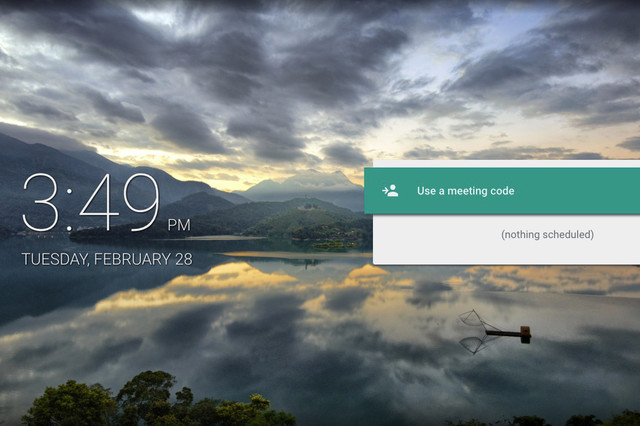 While Google may have hung up on Hangouts for consumers some time ago, Meet, which is aimed at businesses, shows that it’s not done with the service just yet.

Google Hangouts may be on its way out of most people’s lives, but Google hasn’t given up on it yet. In fact, the company has just launched a new app called Meet by Google Hangouts, which is designed to allow businesses to conduct HD video calls.

The new app is the latest in Google’s G Suite lineup of business products, and while the app isn’t up and running just yet on the App Store, the website meet.google.com does seem to shed some light on the new service.

The Meet landing page looks something like the landing page for Google Hangouts, but it doesn’t allow users to start a call or chat. Instead, it simply allows users to enter a code to join a video call, and it shows meetings that you’ve already scheduled. While Hangouts has a 10-person limit, Meet supports HD video with up to 30 people.

The app itself seems to be built to make video calling on the go easy. For example, it offers dial-in numbers for travelers, and shows details about upcoming calls, including time, location, subject, and so on. A big, green “join” button also helps users attend a meeting straight from the phone.

Google has yet to officially announce Meet, but it’s likely we’ll hear more about the service in coming days. Google may publish a blog post about the new app, which will likely detail some more of the service’s features.