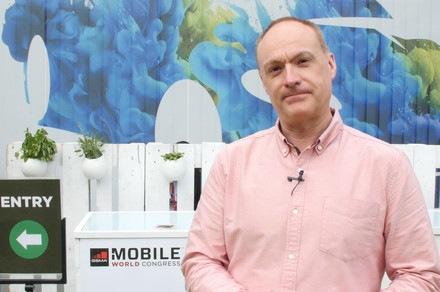 Mobile World Congress continued today, and while the major announcements have all been made, there’s lots of exciting new tech to discover out on the show floor. Here’s what we found on day two of MWC 2017.

Even the fastest mobile phone charging systems still take at least 80 minutes to fully charge a battery, but Chinese smartphone brand Meizu has the cure for the impatient, power-hungry person. It’s called Super mCharge, and it’s a new battery charging technology that can take a 3,000mAh battery from zero to fully charged in just under 20 minutes. It’s clever, too, and generates little heat, ensuring it remains safe. Meizu intends to incorporate the tech into a phone later this year.

Google’s Daydream VR has its own remote, and it’s great, so now Samsung has come up with its own remote for the popular Gear VR headset. It’s shaped to fit in your hand and mimic the d-pad controller on the Gear VR. It comes with a trigger button, a back button, and a volume control. It uses Bluetooth to connect the to phone and several sensors to navigate around in virtual reality. We’re still waiting for a price and a release date, but it’s coming soon.

Using speakers and a microphone, Elliptic Labs Inner Peace technology uses ultrasonics to detect presence. This means if it’s used in a space like a living room, it could spot unexpected movements like those of an intruder. It can also monitor elderly relatives in case of a fall. Inner Peace will be integrated into smart home products next year.

The latest Android One phone, the General Mobile GM 6, is destined for launch in 22 markets around the world, where it introduces people to the joy of low-cost Android smartphone ownership. Like other Android One phones, it comes with Android 7.0 Nougat installed, and gets all the updates in a timely manner. The GM 6, which is coming out in May, has a 5-inch screen, a 3,000mAh battery, an 8-megapixel selfie cam, and a 13-megapixel rear camera.

We’ll be back again tomorrow with more show-floor finds from Mobile World Congress 2017.

Facebook
Twitter
Pinterest
WhatsApp
Previous articleGoogle adds Keep to G Suite with Docs integration
Next articleAndroid One is back with General Mobile’s GM 6: Our first take