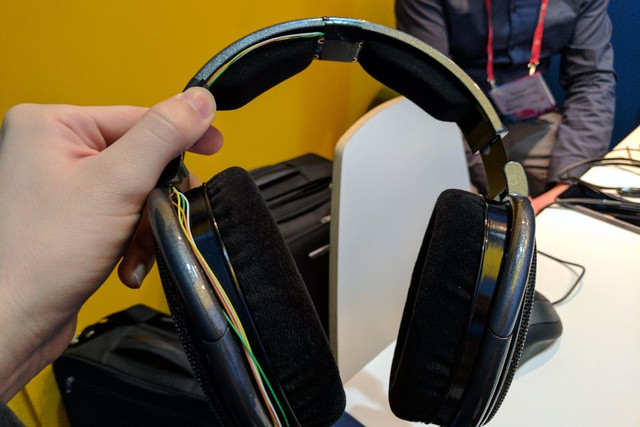 With Dirac Research’s algorithms, you can listen to an album as though the band’s right in front of you.

If you’re like us, you probably aren’t familiar with Dirac Research. The Swedish audio company prefers to operate under the radar, partnering with smartphone makers like Huawei, Oppo, Xiaomi, and OnePlus, high-end auto manufacturers like Rolls Royce and Volvo, and home theater brands to enhance existing products. But be that as it may, the spunky 15-year-old firm sure knows how to give a demo.

In a sequestered room off of the bustling Mobile World Congress convention center floor in Barcelona, Dirac walked us through a demo of what it calls Dynamic 3D Audio. “It enables transparent sound reproduction,” Dirac Research CEO Dr. Mathias Johansson said. “For example,  if in a VR environment a helicopter is hovering 10 yards in front of me, regardless of which way I turn my head, that helicopter [stays] perfectly fixed.”

More: Sonos’ smart speakers could one day integrate with all digital assistants

It’s startlingly realistic. Imagine playing your favorite album and hearing the instruments in front of you, as if on stage. Or picture a virtual surround sound system that simulates a real one: When you point your head in the direction of one “speaker,” it becomes louder, clearer, and more distinctive than the rest.

During our demo, we heard a firework whiz from the left-back corner of the tiny demo room to the front-right. And we nearly jumped at the sound of a booming voice near the back of the room.

Dirac Research’s secret sauce, so to speak, is head-related transfer functions, or HRTFs. As a company spokesperson explained it, they’re a function of how the human ear perceives a particular sound from a fixed point in space — like how a subwoofer sounds from across the room. Dirac Research’s Dynamic 3D Audio platform considers height, cranial proportions, and ear dimensions in each individualized HRTF, ensuring the most accurate reproduction of sound possible.

Those calculations feed a reverberation engine and a head-tracker. For the purposes of the demo, they were a pair of open-ear Sennheiser headphones with a taped-on bundle of wires. But Dirac Research has partnered with headphone manufacturers to build the sensors into a high-end model.

Just as impressive as Dynamic 3D Audio was Dirac Reasearch’s next demo, Panorama Sound. A rep handed us a Huawei Nexus 6P smartphone with specially modified software and enabled the effect via a checkbox, and the difference was revelatory. Held just about six inches from our ears — the sweet spot for Panorama Sound, a Dirac Audio rep told us — it was just like wearing a pair of high-end earphones, but without the headphones. We heard the strings of a guitar plucked to the far right of us, and during a clip of Gravity, mission control’s panicked transmission to Sandra Bullock was mere inches from our inner ears.

The convincing effect is thanks to patented algorithms that fine-tune not only the source of the audio’s frequency, but impulse response and phase as well. The end result is a perfectly coordinated speakers that deliver an ultra-wide sound stage, rich bass, and unbelievable crispness.

More: Transform your desktop into a concert hall with these computer speakers

Panorama Sound remains a demo for now — the technology requires integration at the operating system level. But one product the company confirmed is bound for market is Dirac Connect, an “optimization engine” that enhances the sound quality of existing headphones by widening the sound stage, improving sound reproduction, and simulating a home theater setup. “It makes a $20 pair of headphones sound like a $200 pair of headphones,” a Dirac spokesperson said.

Each profile is available for a limited-time trial, after which they can be purchased for a nominal fee. Chinese smartphone maker Smartisan is the first to feature the tech.

For our ears’ sake, we can only hope that Dirac Research’s magical suite ships more widely soon.